The New Windows Allows Consumers to Replace Their PCs With Tablets

Seventy-three million tablets were sold last year, and analysts predict tablet sales to surpass those of traditional PCs by 2016.... 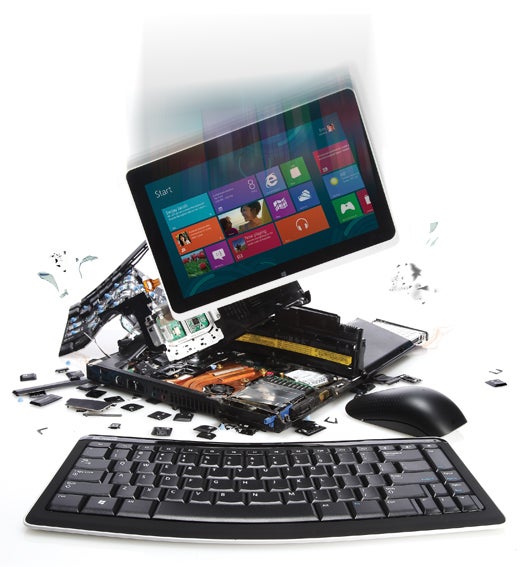 Seventy-three million tablets were sold last year, and analysts predict tablet sales to surpass those of traditional PCs by 2016. Yet despite such swift adoption, tablets have been no replacement for laptops and desktops, which are able to run more-robust software suites for media editing and heavy office tasks. In Windows 8, software engineers at Microsoft have created the first operating system (OS) that allows tablets to double as PCs.

The Windows 8 kernel, in essence, supports two parallel OSes. In the tablet OS, users navigate a tiled, touch-based interface that allows them to pin their favorite apps, pages, and folders as shortcuts onscreen. Developers create apps (there should be more than 400 at launch later this month) for this interface using a new programming model known as Windows Runtime. Meanwhile, in the desktop OS, Windows 8 runs legacy programs, such as Microsoft Office or Adobe Creative Suite, in the same coding languages as previous Windows versions.

Either interface works via touch (there’s an onscreen keyboard) or an external keyboard and a mouse. This allows manufacturers to release Windows 8 hardware in a variety of forms, including keyboard-less tablets, such as Microsoft’s own Surface slate and the Acer W510 [shown]—the first devices equally capable of both work and play.