How The Nexus Q Could Change the Way People Play

In late june when Google introduced the Nexus Q, an Android-powered device that ports music and video from the cloud... 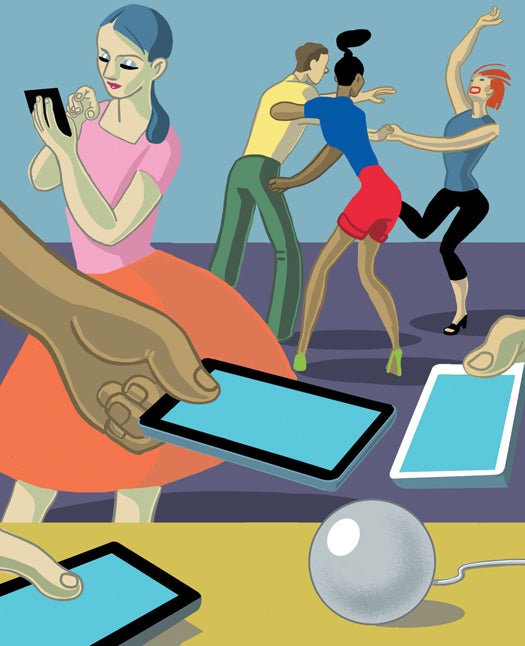 In late june when Google introduced the Nexus Q, an Android-powered device that ports music and video from the cloud to home theaters, critics immediately set to tearing it apart. They called it “baffling” and “overpriced” and generally decried its lack of features. But, as so often happens with something truly unusual, the critics may have missed the point.

The Nexus Q creates a unique home-theater experience. Users connect the 4.6-inch sphere, which has a 25-watt amplifier, to a set of speakers or a TV. Each member of a group taps the top of the orb with his Android phone or tablet, and an NFC chip signals the device to automatically open Google Play, the app for the company’s cloud-based media storage. From there, group members can cue up songs saved to one another’s Google Play accounts. The Nexus Q pulls those tracks from the cloud over Wi-Fi and pipes them into the home-theater system. Members can also send YouTube videos to the TV. It’s the first time several people can build playlists collaboratively.

People have been using the Web to listen and watch communally for some time. Services such as Spotify and iTunes Ping let users see what their friends are listening to but without any real interactivity. Turntable.fm, a popular iPhone and Web app, allows users to share their favorite tracks in group listening “rooms.” Google Hangouts, a service that links up as many as 10 people in a video chat, does the same with YouTube videos.

The Nexus Q sets itself apart in two ways. Unlike sharing services that allow friends to listen to the same thing when apart, the Q creates a shared experience for friends who are physically together. And the Q is a hackable platform. The device has a dual-core processor and open-source Android Jelly Bean operating system, common components in tablets and smartphones, that are capable of much more than relaying playback commands. Within days of the release, hackers figured out how to run any of the Google Play store’s apps—500,000 and counting—through the device and onto a TV set, as well as stream Netflix, play a version of pong, and render high-def games.

Because the Q is only a couple of months old, hackers have just begun to explore what the device can do. In the two years since the launch of the Microsoft Kinect, for instance, hackers have adapted the motion-capture game system into a sign-language translator, a diagnostic tool for autism, a motorized-skateboard controller, and hundreds of other things. And now that Google has sent out the first round of Q preorders for free while the company expands the device’s core features, coders will have the opportunity to develop apps and games specifically for the Q. Where the device goes from here will be entirely up to them.