Last October, Acer and Asus debuted the first ultrabooks, a class of laptops characterized by their sub-inch-thick chassis. The trim... 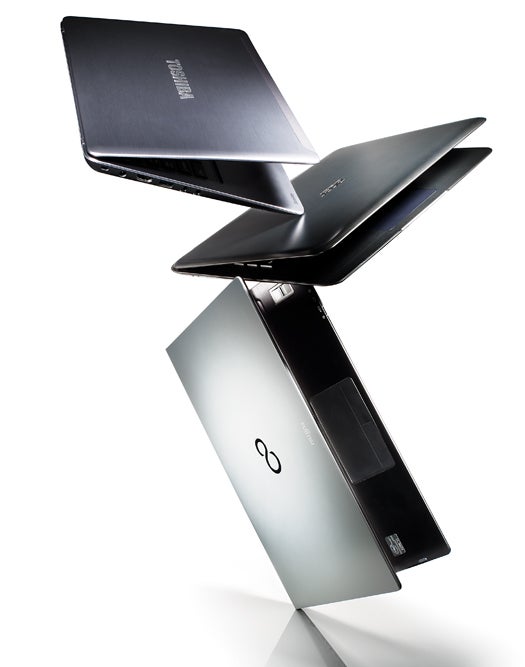 Last October, Acer and Asus debuted the first ultrabooks, a class of laptops characterized by their sub-inch-thick chassis. The trim designs, however, left engineers little room to include graphics cards or large, fast processors.

The new third-generation Intel Core chips, code-named Ivy Bridge, on the other hand, are both compact and powerful—and will run 110 ultrabooks by year’s end. To increase speed and efficiency without increasing size, Intel engineers redesigned the transistors on the chip. A typical transistor has a single gate that sits flat on the silicone substrate and regulates the flow of electrons. The Ivy Bridge transistor has three gates arranged around a vertical fin. Building tall gates saved 10 nanometers in width, enabling the engineers to cram 1.4 billion transistors into a 0.25-square-inch chip, 300 million more than on the previous generation.

More gates means more bits can be processed, so the chip can execute more operations simultaneously. As a result, an Ivy Bridge processor runs nearly 20 percent faster than previous chips while consuming less power. Even tasks such as playing high-def video or the latest version of Civilization won’t affect an ultrabook’s speed or cause battery life to dip much below eight hours.

Toshiba Satellite U845 (image top): Although its one-inch frame is thicker than those of most ultrabooks, the 14-inch Satellite U845 has more ports than its competitors, including full-size HDMI and Ethernet plugs. From $749

Acer Aspire S5:At 0.59 of an inch thick, the Aspire S5 is the thinnest ultrabook available. To save space in the chassis, Acer designers fused the 13.3-inch laptop’s boot drive directly onto the motherboard. $1,000

Fujitsu Lifebook U772: The U772 is the first ultrabook to dock with an entire full-size office setup—monitor, keyboard, mouse—using a single plug. Fujitsu engineers placed a 1.2-inch docking connector on the bottom of the 14-inch laptop. $1,200