The current and next generation of tablets are getting into a core war: three, four, even five cores are going... 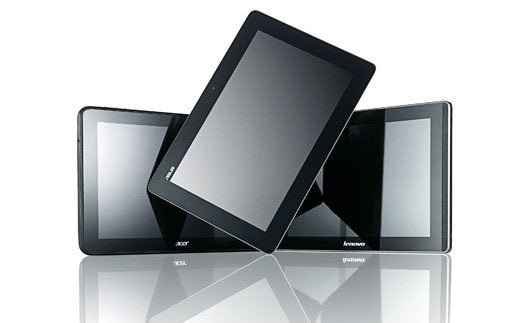 The current and next generation of tablets are getting into a core war: three, four, even five cores are going to be popping up in your Android (and possibly iOS and Windows) tablets. But what’s the point of this numbers battle?

Most tablets fall into one of two categories: low-power devices that last for a day in standby mode but sputter when playing high-def games, and high-power models that handle demanding tasks but suck power in standby. Nvidia engineers combined a low-power single-core CPU and four high-performance CPUs onto the same die, allowing tablets to run efficiently in any situation. This Tegra 3 chip is already in high-end tablets, but manufacturers will use it in more devices, including phones, in the future.

Because the Tegra 3’s cores run only when needed, tablets can last for as long as 12 hours on a charge. Additionally, its quad-core chip—prior devices were dual-core—will make games render faster and with more-realistic textures than before. Simpler media apps will run more smoothly, too; Photaf 3D Panorama, a popular Android photo app, renders twice as quickly as with previous chips.

Here are some of the features of the new crop of Tegra 3 tablets:

Quick Access: Software designers at Acer made a single modification to the stock Android operating system in their 10.1-inch tablet: a quick-access pop-up menu. From the circular menu, users can easily jump among tasks, apps and recently visited sites.
Acer A510 $450

Media Savvy: Lenovo engineers built the LePad K2010 with two speakers flanking either side of the 10-inch high-def screen. The speaker drivers are programmed to use acoustic tricks that create the illusion of surround sound within three feet of the screen.
Lenovo LePad K2010 Price not set