Despite the landslide of smart devices in recent years, headphones have remained decidedly dumb, lacking the multitude of sensors found... 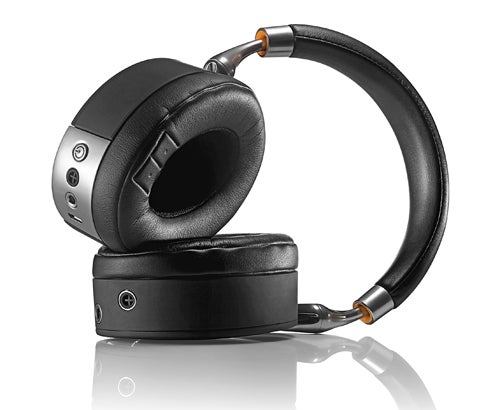 Despite the landslide of smart devices in recent years, headphones have remained decidedly dumb, lacking the multitude of sensors found in everything from phones to watches. The ZIK Parrot–which was one of our favorite gadgets at this year’s CES–is the first pair of headphones with the intelligence of a smartphone.

The ZIK’s designers started by installing a near-field communication (NFC) chip in the left earcup. Users wave an NFC-capable device within an inch of the headphones, and a shortwave wireless signal initiates the Bluetooth connection. Once paired, a capacitive panel on the right earcup takes on all the device’s audio controls—vertical scrolling adjusts volume; horizontal scrolling changes tracks. A proximity sensor stops the music when the listener takes the headphones off and restarts it when he puts them on.

The ZIK also works to help users hear and be heard clearly. Two mics inside the earcups and one on the outside detect nearby sounds. A noise-canceling processor then sends competing frequencies into the headphones to block impinging noise. When the user takes a call, the ZIK supplements its voice mic with a bone-conduction sensor. Vibrations in the speaker’s jawbone translate into sound, so he can be heard even in a crowd.