A cheap, tiny media streamer that brings Netflix, Hulu, and Angry Birds (!) to your TV 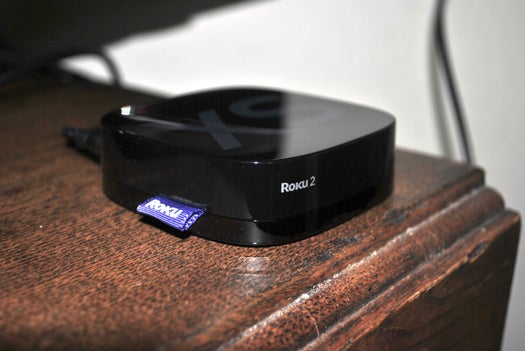 Media streamers have proven a surprisingly hard gadget to get right. There’s no one gadget that’s easy to recommend for everyone–typically, you’d say an Apple fan should get an Apple TV, techies should opt for the Boxee Box, DIYers should go for a home theater PC, and those who want something cheap and simple should get themselves a Roku. The newest Roku, the Roku 2 XS, suffered from some connection problems, but it’s still a very competitive and capable streamer–and most importantly, it’s still easy to use.

The Roku 2 XS, despite its name, is actually the fourth iteration of the Roku. What started as a small, cheap box to stream Netflix to your TV has turned into an absolutely tiny box that streams Netflix, yes, but also a whopping 300 other apps, from Hulu Plus to Pandora to Rdio to MLB to Fox News. Those apps work essentially like any other app store: You can browse the store either on your TV, using the Roku’s remote, or you can do it from a web browser. The apps are mostly free, but the good ones (Netflix, Hulu, MLB) require a separate subscription–the Roku itself, needless to say, doesn’t require a monthly fee of any kind. The Roku 2 comes in three versions, the highest-end of which I tested. That one, the XS, comes with a Wii-like motion-sensing controller which can be used to play Angry Birds on your TV–the first time to my knowledge that those birds have graced a TV. The remote is actually compatible with any of the three models, but is included only with the most expensive.

This thing is tiny. I have wall-wart-style power adapters bigger than the Roku. I have eaten apricots bigger than the Roku. When everything is working properly (see the “What’s Bad” section for more on why that caveat is necessary, but stay with me here), the Roku is genuinely the easiest, if not the prettiest, way to stream all the major video and music services to your TV. Video quality is stellar, and it remains one of the best Netflix streamers out there. The tiny unit also uses hardly any electricity–Roku claims less than 2W while streaming video–and goes into a sleep mode while not in use, so you don’t really need to turn it on or off (hence the lack of a power button).

The motion-sensing remote is cute–Angry Birds looks great on a big TV, and the remote is fairly responsive. It’s not an entirely natural way to play the game (and, of course, we’ve all played it a dozen times by now), but it works pretty well.

Well, I should first get this out of the way: The Roku 2 XS absolutely refused to play nice with my wireless setup, at least at first. The company was unable to figure out why this was–my router, a not-uncommon and fairly high-end model, was plenty close enough to the Roku, and I had no unusual security settings or architectural quirks. There’s clearly some kind of incompatibility here, perhaps stemming from the cost-cutting loss of dual-band Wi-Fi support, but what the problem is is less important than the fact that there is a problem. The whole point of the Roku is to plug in and work flawlessly, and judging by some comment threads, I’m not the only one with this problem.

I eventually swapped out my regular router with a Netgear WGR, one of if not the most popular routers out there right now, and did notice an immediate improvement. The Roku connected immediately, though it still was not as fast as I’d expected. Loading my Netflix and Hulu accounts took quite awhile the first few times, and doing anything too intensive, like, say, selecting a TV show on Netflix with a hundred episodes available, tended to bring up the dreaded “Retrieving” message, which often lasted for several minutes. That kind of thing loads right away on a computer, Xbox 360, Boxee Box, and Apple TV–not sure what the holdup is here. But after a little while, the Roku definitely began loading faster and started resembling the simple, capable box we were hoping for.

There are other problems, though, unrelated to my connection woes. Compared to the Apple TV or Boxee Box, which both boast high-powered mobile processors, the Roku feels a bit sluggish and at times unresponsive, having to catch up to my commands when scrolling or executing commands quickly. Searching, or doing anything that requires text input, is kind of a pain.

Setup is surprisingly difficult–you have to create a unique Roku ID, as well as input a credit card, which Roku uses to make the purchase of apps quicker. That’s all well and good, but I think most people won’t ever have the need or desire to purchase an app, so it strikes me as inappropriate to demand credit card information from every single customer. 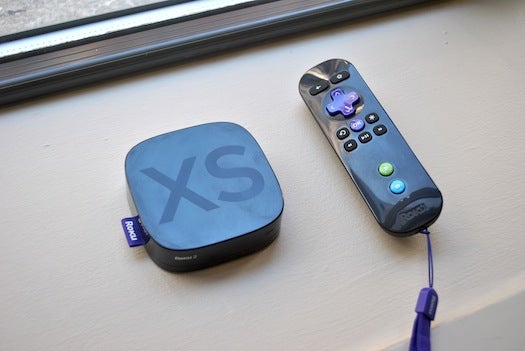 There are three models: The cheapest plays back only 720p video, and costs $70; the middle model plays 1080p for $80; and the most expensive adds Ethernet, USB-in, and that motion-sensing remote (which on its own costs $30) for a total of $100. These are cheap, especially the lower-end models, considering the breadth of features far outstrips the also-mainstream Apple TV.

I’ve liked Roku in the past, quite a bit. The idea of a simple, affordable media streamer is a great introduction for most people to the wonders of connected TVs. But Roku seems to have lost its way a little bit since the last time I checked in with the company: the unnecessary Roku ID registration and the difficulty in connecting are real problems for a device that prizes simplicity above all else. In theory, I can forgive the Roku’s sluggishness and practical but sorta-ugly UI, but the current generation of media streamers are much more powerful and make the Roku 2 feel outdated.

On the other hand, assuming my connection problems were unusual, the Roku still does a lot of things really well. It has a huge selection of legitimately great apps, from streaming music to video to news (and there’s a healthy homebrew scene as well, for unofficial apps) and it’s definitely the least threatening and most intuitive media streamer on the market. I still like Roku–I just wish it was a little faster, a little simpler, a little more reliable.