iPhone 5 to Be Announced on October 4th

After a surprisingly long wait (iPhones have in the past been announced in June), Apple just issued invitations to an... 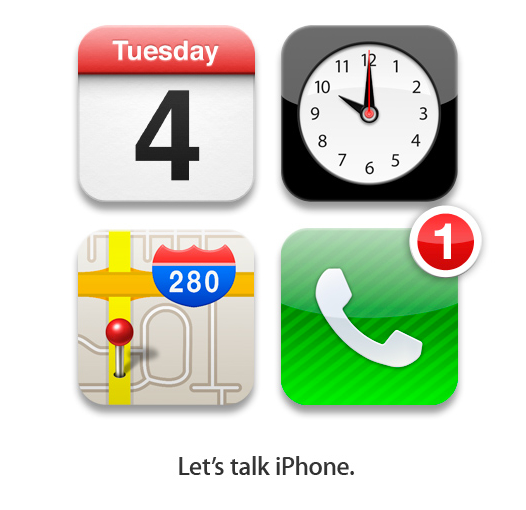 After a surprisingly long wait (iPhones have in the past been announced in June), Apple just issued invitations to an event in which the next iPhone, it is heavily hinted, will be announced.

Current rumors suggest the usual hardware boosts (probably 1GB of memory, a better camera, and maybe the dual-core A5 processor used in the iPad 2), possibly the first change in screen size in the phone’s history (from 3.5-inch to 3.7- or 4-inch), and a not-inconceivable expansion to all four major wireless carriers. (We remain dubious that Apple will embrace 4G in any form, however–Apple’s notoriously strict battery life concerns do not mesh well with the accepted severe battery drain given by 4G.) Check back here for more info as the phone’s announcement and then launch gets nearer.