A tiny three-phase motor invented by Swiss researchers could be used to power a new generation of wristwatches, allowing them... 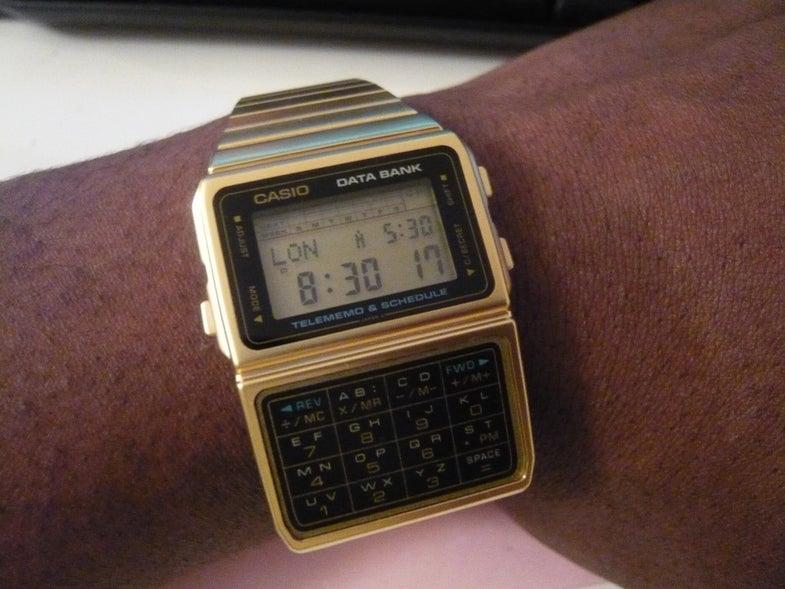 A tiny three-phase motor invented by Swiss researchers could be used to power a new generation of wristwatches, allowing them to work as mobile phones, app devices and GPS units. Those activities generally require plenty of power, which can be cumbersome and costly — but a new microelectromechanical system will keep them juiced.

Researchers at the Swiss Federal Institute in Lausanne came up with a small electromagnetic three-phase motor that yields three times the energy output of a traditional motor.

Three-phase electricity works by carrying three alternating currents that reach their peak voltages at different times — so the total amount of power is constant, rather than fluctuating in peaks and valleys like the sine wave of a traditional A/C setup. The concept requires three separate coils to carry the currents. But a triple coil takes up space, which is not what you want in a wristwatch. So EPFL researchers had to build an entirely new configuration.

In a news release, EPFL does not elaborate on the setup except to say that it involved creating an entirely new fabrication process, which can be scaled up to larger volumes. The motor’s fixed pieces can be etched on silicon plates, allowing faster production.

The researchers also had to integrate the watch’s command electronics with the moving pieces so it could tell time accurately, according to EPFL.

Ideally, efficient three-phase MEMS motors could be used to power a wide range of devices, many more than just cool wristwatches. But these guys are Swiss, so improving the future of timepieces is an understandably high priority.