Five years ago, Nintendo introduced the Wii, and with it a new kind of controller that became a virtual sword,... 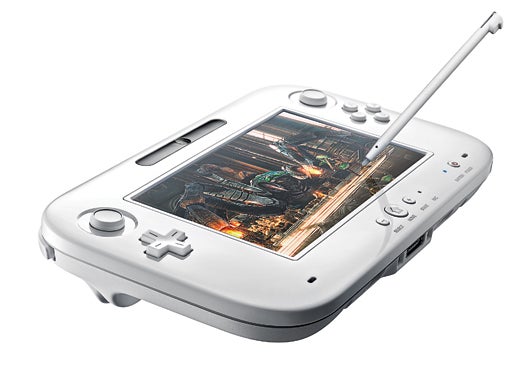 Five years ago, Nintendo introduced the Wii, and with it a new kind of controller that became a virtual sword, bat or blaster that players could swing and aim just like the real things. Now, while Sony and Microsoft concentrate on upgrading similar motion-capture systems on their existing consoles, Nintendo is once again reimagining how we play. The upcoming Wii U console, which will roll out next year, uses an updated controller will make games even more immersive.

In addition to the standard directional pad, triggers and accelerometer, the Wii U controller has its own 6.2-inch touchscreen. That second screen allows the system to add true-to-life details outside the TV. Placed on the floor, for instance, it can show a golfer his ball’s exact lie in the rough. 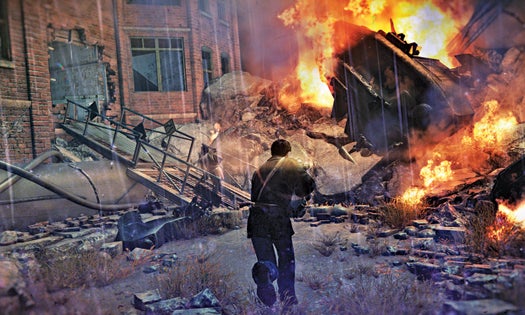 In Resistance 3, shooters will be able to chase—and be chased—without the other player seeing where they are.

The two connect wirelessly on Nintendo’s own—thus uncrowded—radio frequency, so there’s no delay between the screens. There’s also enough bandwidth for the controller to take over gameplay and act as the sole monitor, leaving the TV free for Dad to catch the bottom of the ninth. The real fun, though, will be when developers use the extra screen to add vantage points, like giving a shooter his own view, which could lead to true videogame sneak attacks.

In Related News: A Different Kind of Dual Screen

Say goodbye to split-screen. Sony’s 24-inch display gives a distinct point of view to two players by using 3-D technology to create two full-screen 2-D images. Active-shutter 3-D works by syncing the opening and closing of a pair of glasses with the refresh rate of the TV—the left lens opens when the left-hand perspective is shown. In this case, the “left” side is one player’s own two-eye view; the opponent’s glasses black out the screen during those frames (60 of them per second). Games will have to be coded for the new display, but it’s possible for existing software to be brought up to speed, too.