Most beer drinkers don’t have the time (or inclination) to muddle through the painstaking home-brewing process, but the WilliamsWarn Personal... 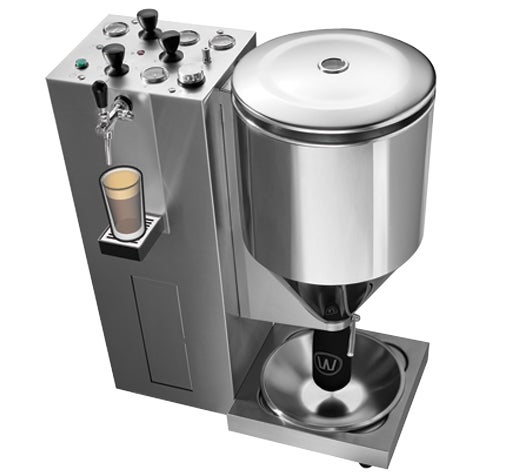 Most beer drinkers don’t have the time (or inclination) to muddle through the painstaking home-brewing process, but the WilliamsWarn Personal Brewery simplifies just about everything. The brewing system produces pro-grade beers in seven days, instead of four weeks. For now, WilliamsWarn brewers are limited to light ales, but eventually, says inventor and master brewer Ian Williams, they’ll be able to make, store, and pour 50-pint batches of beers, from lagers to stouts.

The machine saves time by combining home brewing’s longest steps—fermentation, which usually takes a week, and carbonation, which can take at least two. The fermentation tank is also a pressure vessel, which traps carbon dioxide released by yeast, force-carbonating the beer. The system also does away with two common foes of freshness: the sealed vessel keeps out oxygen, a culprit behind flat-tasting pints; and a valve at the bottom of the tank isolates the yeast from the beer as soon as fermenting is done, which prevents meaty, off flavors. 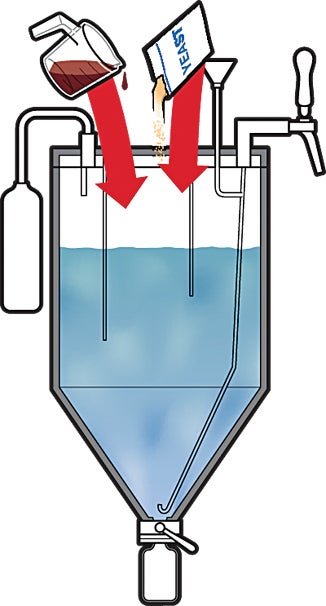 Add water, malt extract and yeast to the fermentation tank, and seal the top. Set the thermostat to 70ºF, the temperature at which ale yeasts ferment sugars most quickly while reducing nasty flavors, such as overly buttery diacetyl. 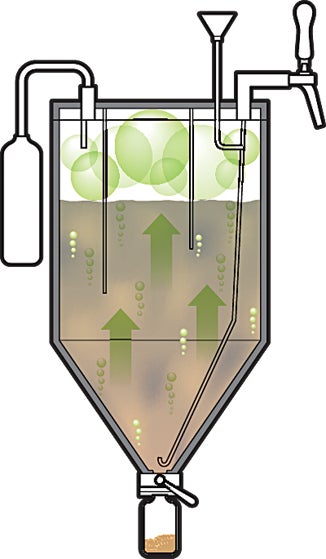 When yeast turns malt sugars into ethanol, one by-product is carbon dioxide. The gas is trapped in the tank, and as the pressure builds, CO2 is forced into the beer. A valve allows brewers to regulate the amount of carbonation 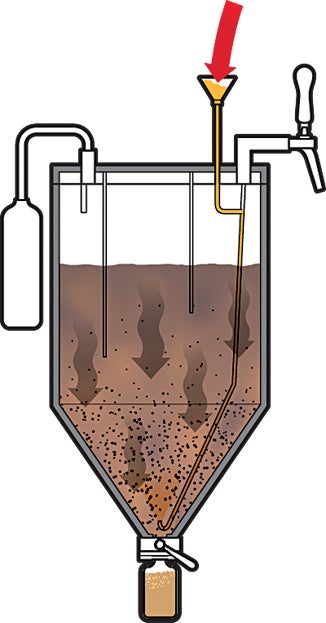 Once the beer is chilled to 42ºF, brewers add a clarifying agent, which causes the yeast to drop into a collection jar at the base of the tank. Once the beer is clarified, brewers simply close the tank’s lower valve, detach the jar, and dump the yeast down the sink. 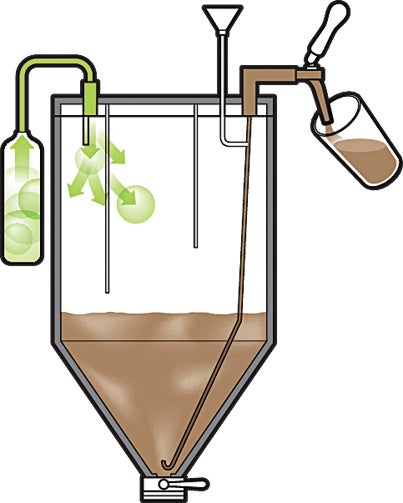 The CO2 captured in the tank forces the beer through a tube to the tap. A supplementary CO2 canister maintains internal pressure as the beer level drops.
Home
Projects