Last Shuttle Mission Will Carry iPhones to the Space Station

Plenty of gadgets we take for granted come to us via the space program — GPS, cordless tools, the Fisher... 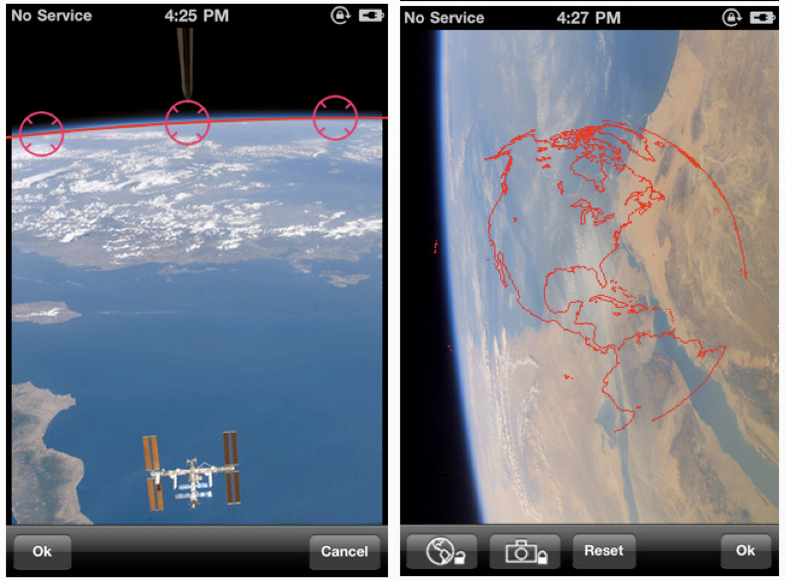 Plenty of gadgets we take for granted come to us via the space program — GPS, cordless tools, the Fisher space pen. But NASA doesn’t always have to reinvent the wheel; sometimes off-the-shelf technology can serve the space agency just as well. Take the accelerometers in the iPhone, for example. Why build a space station-specific device when there’s already an app for that?

Astronauts on the final shuttle mission are bringing two iPhones 4 to the space station, where astronauts will use them to study radiation levels, orbital location and altitude, and to calibrate space station instruments.

A Houston company called Odyssey Space Research developed an app called SpaceLab for iOS, which will be pre-installed on two iPhones. You don’t have to be an astronaut to get it; it’s in the App Store for only 99 cents, so you can pick it up and pretend you’re on the shuttle.

The app contains four key functions. Limb Tracker will use the iPhone’s camera to take pictures of the Earth’s curvature, known as the limb, and match the arc to the horizon to measure station altitude. Sensor Cal uses a photo of a QR code to calibrate the iPhone’s camera, accelerometer, and three-axis gyroscope. State Acq, or State Acquisition, uses the phone’s three-axis gyroscope and accelerometer to determine where the phone is located in space, by lining up pictures with NOAA coastline models. And the LFI tool (Lifecycle Flight Instrumentation) will study how well an iPhone works in space by attempting to detect radiation exposure.

After the experiments are over, the phones will return to Earth on a Soyuz craft and their data will be uploaded to the iTunes store so Earth-bound users can see it, Space.com reports. Perhaps the phones will have enough juice to send farewell tweets to Atlantis, the final shuttle to visit the station.