Google’s Chromebook Specs Revealed: Up to $499 for a Cloud-Based Laptop

Among the many announcements at Google’s I/O developer conference were the final specs for the Chromebook, a new bare-bones notebook... 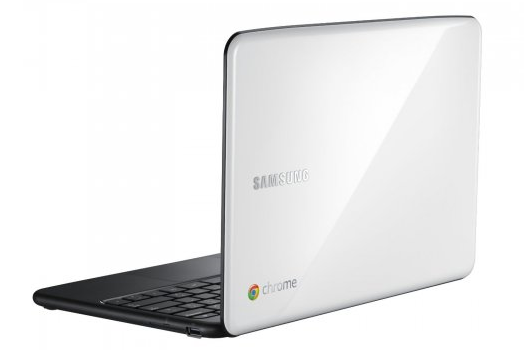 Among the many announcements at Google’s I/O developer conference were the final specs for the Chromebook, a new bare-bones notebook based on the Chrome OS platform. Your data is stored in the cloud, not on a hard drive, and all computing is done through the Chrome web browser and its apps, allowing instant-on capability and an “all-day battery,” according to Google. For this you will pay between $349 and $499.

The notebooks will be available June 15 on Samsung and Acer platforms, which will boot up in about 8 seconds and update automatically. Presumably there will be more hardware to come if the platform is a success.

The $499 Samsung model comes with a free 100 MB per month of 3G mobile data from Verizon — a fairly paltry number, but one that should allow users to accomplish minor tasks when they can’t access Wi-Fi. Beyond that, there’ll be a pay-as-you-go 3G service. There’s also a $429 Wi-Fi-only model. Both Samsung notebooks feature a 12.1-inch display, Intel Atom processor (1.66GHz, according to PC World), a full-sized keyboard and an oversized clickable touchpad. The Acer model has an 11.6-inch display and weighs slightly less, at 2.95 pounds compared to Samsung’s 3.26. They both have the regular SD card slots, USB ports (for cameras and storage), speakers, and headphone jacks.

Those specs are pretty similar to your everyday netbook, but as Chrome OS was specifically designed for this sort of low-power computing, it’ll run much smoother than, say, Windows 7, and do it with tablet-like battery life as well–the Samsung Chromebook is rated at 8.5 hours of battery life, and the Acer at 6.5. At least, that’s the idea. Chrome OS is basically just a browser — all of your work is done through the browser and the web apps (sort of like beefed up, super functional websites) therein. Want to watch Netflix? Open a new tab with the Netflix web app. Want to email? Use the email web app. Want to browse through files or edit photos? There are apps for that, too.

Of course, this being a Google product, the idea of openness was stressed — anyone who wants will be able to flip a Chromebook into developer mode and mess around with it however they please. That’s very different from Windows or Mac OS, or, for that matter, mobile OSes like iOS, which have to be “jailbroken.” There’s no jail to break in Chrome OS, just a friendly switch Google pretty much encourages users to hit.

Some HTML5-capable apps will run even when the laptop isn’t connected; Crunchgear points out that Google has been using offline versions of Gmail, calendar and docs. That’s important, because without an internet connection, Chrome OS is otherwise essentially useless, just like a web browser without a connection is useless.

Chromebooks won’t have the capabilities of a Windows laptop or even a tablet, which are comparably priced, so at first glance it’s hard to see how they could possibly compete. But their cloud capabilities and modest ambition could be their biggest selling point. Rather than buying a more powerful desktop, laptop or even tablet, you can use the Chromebook as a portal to data stored elsewhere — which, as we saw again this week with Google’s Music Beta, is becoming increasingly easy (if not necessarily secure). A Chromebook could be a simple way to access subscriptions to sites like Netflix or Hulu, manage your photos, and access cloud drives for music, without having to worry about pricey, more powerful processors or terabyte Seagate drives.

While Windows 7 computers in the same price range can technically run more strenuous and advanced apps, they can’t really run them well, while Chrome OS is designed to be perfectly suited to its few simple tasks. Google’s aim is to strip away all the stuff casual users typically don’t even use, and then enjoy the performance bump from such a streamlined system.

But tablets and laptops can be used this way, too. So for the same price as an iPad 2 and way pricier than Samung’s own Galaxy tablet, we’re still waiting for the Chromebook’s wow factor. We were hoping it might be price — at $250, a Chromebook would definitely be preferable to an equivalent notebook or netbook. But at $500, we’re wondering what the real attraction is.