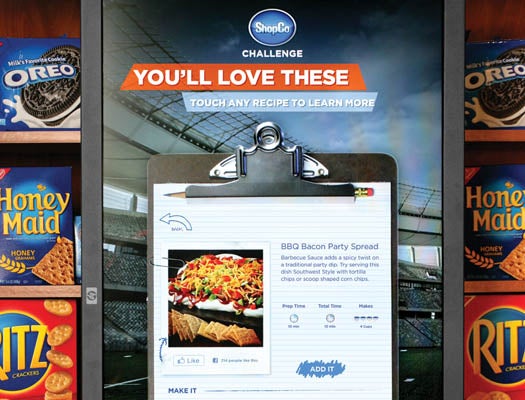 Home cooks have plenty of gadgets to help them whip up a smoothie or soufflé, but now touchscreens, facial tracking and object-recognition technologies are taking the labor out of a much more mundane chore: food shopping. 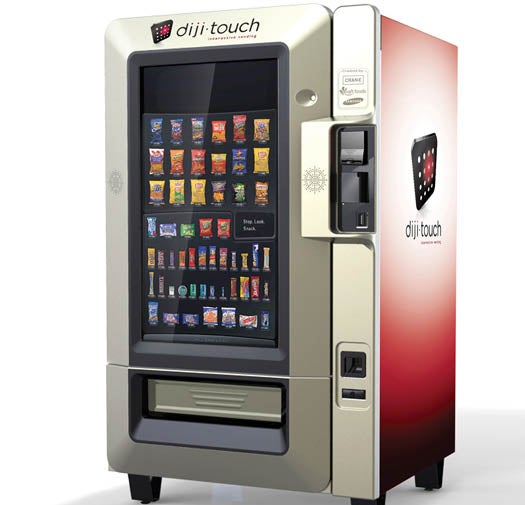 Now: Tap for a Snack
After 30 years of incremental changes, vending machines are getting a serious facelift. Instead of the usual machine with a window, Samsung created the Diji Touch vendor, featuring a 46-inch LCD touch panel. Shoppers can tap a snack icon and pull up nutrition information before making their final purchase. Last fall, Samsung deployed 20 machines in the Northeast and plans to add about 150 more this year.

Soon: Dinner Decider
It’s 8 p.m. You’re famished and standing in the middle of the supermarket. Where do you turn? Soon the answer could be an Intel, HP and Kraft kiosk that decodes your cravings for you. The station scans shoppers’ faces to judge their age and sex and then pairs that assessment with time of day and holidays to suggest recipes and shopping lists. For example, a customer identified as being in his mid-20s, at 11:00 on a Tuesday night, might get a suggestion for mac and cheese. Kraft plans to start testing the kiosks in grocery stores by the end of this year. 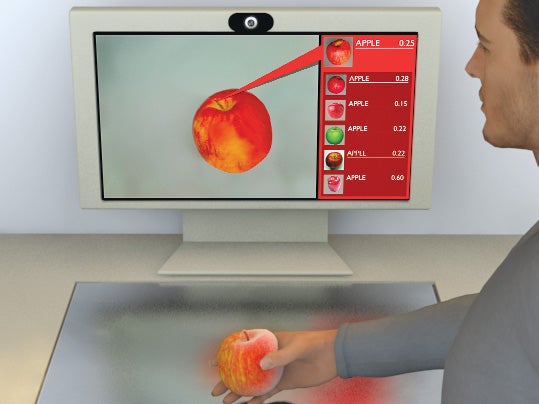 Later: Smart Scan
Self-checkout counters can be swift—if you’re not buying produce. In the next few years, shoppers could use Toshiba’s object-recognition system, which identifies fruits and vegetables, rather than typing tedious codes. With a camera, the system determines a food’s shape, color and apparent texture, even through plastic bags, and picks the likeliest identity and alternatives (say, similar red apples). Shoppers correct any mistakes, making the system smarter. It already discerns 34 foods with 90 percent accuracy.