UC San Diego researchers have struck upon a novel idea that could make Android phones 11 times more efficient than... 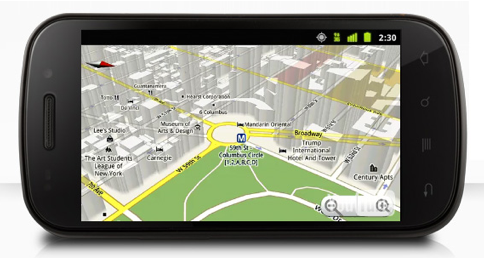 UC San Diego researchers have struck upon a novel idea that could make Android phones 11 times more efficient than they are currently: a custom-tailored processor that is optimized to run the most widely used apps on a given phone. Their GreenDroid chip might not only lead to better battery life in Android smartphones, but could help circumvent a fundamental problem in chip design that would otherwise soon become a major problem for chip efficiency in mobile devices.

Their design is pretty simple: take the main core of a phone’s processor and surround it with 120 smaller cores. Using a software the UCSD team designed, they figure the computational demands of the most popular apps on Android OS–things like email, maps, the camera, Pandora, etc.–and each core’s circuitry is tailored to mimic the code of the specific app it will be running.

These app-specific chips can run up to 10,000 times more efficiently than a single general purpose chip doing all the same jobs. Call it specialization; its a microcosmic industrial revolution for the Android OS that divides and conquers the labor to make everything run more efficiently.

But it doesn’t just save battery power or allow for the same battery power packaged into sleeker designs (though that’s certainly important). Chip engineers are approaching some fundamental limits that within two or three years will lead to portions of chips being unused because chip designers won’t be able to reduce chips’ operating voltages any more to offset growing amounts of waste heat and power consumption in smaller, faster chips.

The GreenDroid works around this “dark silicon” problem by ensuring that the portion of the chip that is executing any given task is the most efficient possible part of the chip. It’s not a cure-all for computer chip designs, but for smartphones that generally have short lifespans (relative to desktop computers, say) and in which apps are heavily integrated into the OS, such a design could provide a real benefit–at least until the apps change so much that the mini cores are no longer optimized

Perhaps if you could make those microchips as updatable as the software that runs on them, we’d have the perfect smartphone processor solution.