A Motion-Sensing Remote That Will Change Channel-Surfing

Just wave on, wave off 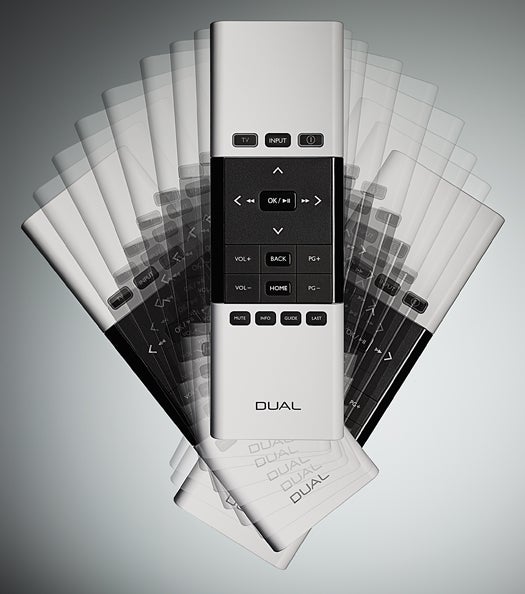 Consider this the end of fussing with new remotes. Philips’s uWand drops complicated menu buttons for a language that’s already universal: gestures. Similar to a Boxee Box remote in looks and a Wii controller in functionality, this remote uses an infrared beam to send its location to a receiver connected to a TV.

Instead of using buttons to scroll through menus, you just point and click the uWand. It also has an accelerometer to sense smaller movements; a quick tick left or right, for example, changes the channel. Eventually, uWands will be able to control entire home theaters. Rather than toggling through your TV inputs to watch a Blu-ray disc, the remote would know it’s aimed at the player and be able to control it automatically.

The receiver could eventually fit into everyday household items, so it may one day become the brains of a home-automation system that will let you interact with blinds, lights and thermostats in the same way you’d conduct an orchestra.