You can’t buy absolution—at least, not anymore—but $1.99 will help you get there. A new app for the iPad, iPhone,... 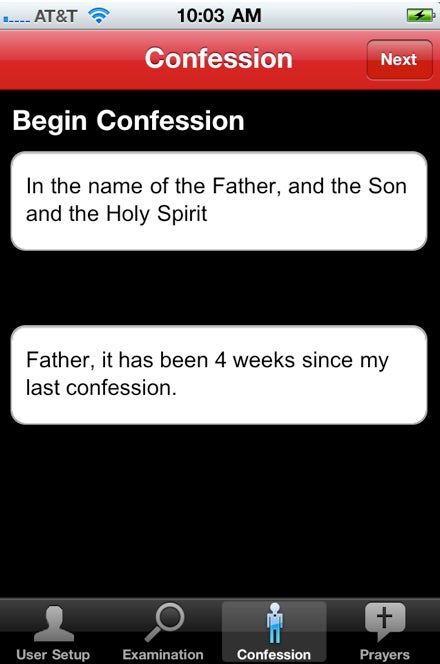 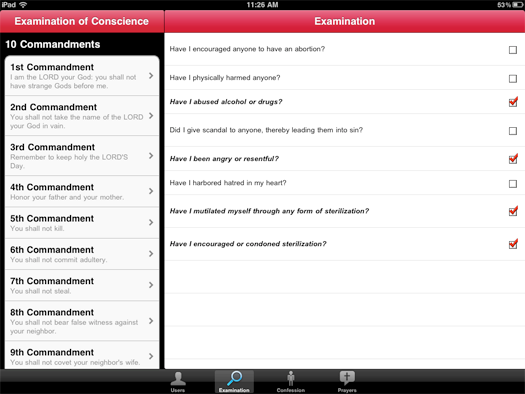 You can’t buy absolution—at least, not anymore—but $1.99 will help you get there. A new app for the iPad, iPhone, and iPod Touch has been “developed for those who frequent the sacrament and those who wish to return” in what is the first known imprimatur to be given for an iPhone or iPad app. Can we get an Amen?

Confession: A Roman Catholic App was developed by Little iApps to help walk the penitent through the sacrament of penance, a.k.a. confession. The app won’t impart absolution to you—sorry, but there’s no getting out of the actual act of confession—but it does help one organize his or her sins into a handy list and maintain proper confessional decorum.

The app helps users examine their consciences by listing the 10 Commandments and asking users questions about their lives related to the fundamental rules of Christianity. Password protected profiles even allow the app to question a penitent soul about aspects of Christianity as they pertain to the person’s age, marital status, and gender, helping them to better enumerate their spiritual shortcomings and make sure nothing is forgotten when the get into the booth. Almost like a grocery list, except instead of general food items it lists all the ways you fall short of the glory of God.

It also helps users through the process of the confession itself, reminding them that when the priest says “Give thanks to the Lord for he is good,” the proper response is “For His mercy endures forever.” It even contains the traditional texts of several oft cited Catholic prayers, so when the priest prescribes you a handful of Hail Marys and a couple of Our Fathers, you won’t be at a loss for words.

The app is a direct response to Pope Benedict’s January World Communications Day address in which he gave new media and social media the Papal stamp of approval as tools for helping parishioners find “meaning, truth, and unity” in their everyday lives. That is, of course, if it is used wisely.

No word on whether the Vatican considers Angry Birds a “wise” use of technology.