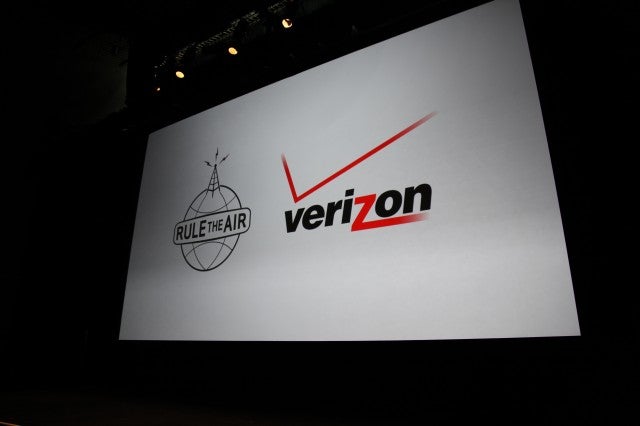 Verizon just announced that it will carry the wildly popular iPhone 4 at a press conference in New York. We were there live: Check out our impressions from the floor, and the full details of the long-awaited Verizon iPhone, below.

After years of strife, with millions of angry messageboard posts and even a mention on the floor of Congress, Verizon has officially announced that it will carry the iPhone 4. Unlike the phones announced mere days ago at CES, the iPhone 4 will not use Verizon’s brand-new, super-fast 4G LTE network–it’ll stick with the carrier’s widespread but slower 3G network instead. That’s largely due to the increased battery demands of LTE, which would probably require a redesign. With another iPhone due out this summer, it makes more sense to save the redesign for a brand-new phone, rather than an existing one.

Some of the data plan pricing information was kept secret at the event, but we know that the 16GB version will cost $200 and be widely available on February 10th (though existing Verizon customers will get first crack at it on February 3rd). No word was given on other sizes, nor on the now-mythical white iPhone. More pressing is the data plan: Verizon was very cagey on the specifics of pricing, including the availability of an unlimited plan and the possible price of the hotspot feature.

As far as the “antenna death grip” goes, Verizon wouldn’t elaborate beyond noting that they’ve done extensive tests and that it “works great,” so it’s not clear if they’ve made any actual changes to the construction of the phone.

Check out our hands-on with the (sort of) new phone, plus a video speed test comparing the AT&T and Verizon versions.