Motorola Xoom Tablet, With Its Tablet-Optimized Android Honeycomb OS, Looks Like a Contender 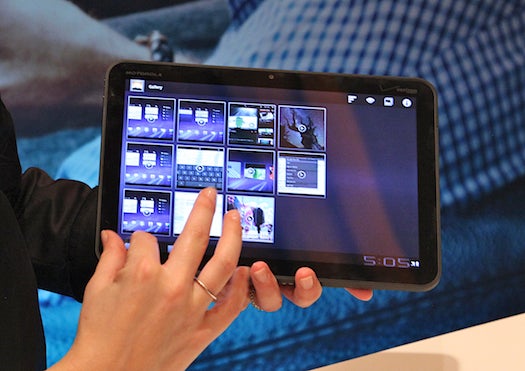 The legions of CES tablet wannabes can give up now: Motorola just killed it with their much-rumored Xoom tablet, an iPad-sized black slab whose beauty is within, in its Android 3.0 Honeycomb OS. Designed by Google from the ground-up with touchscreen tablets in mind, it’s the first software experience that looks like it can go toe-to-toe with Apple’s iOS.

There weren’t any fully working models for us to play with here at Motorola’s press event, but several hardware-final tablets were on hand playing demo videos of Honeycomb’s interface and features:

Specs wise, the Xoom sports a 10.1-inch 1280×800 screen, Verizon 3G onboard (which is actually upgradeable to 4G LTE later in the year), 1080p HD video playback and streaming, front and rear cameras for videochatting, and an SD card slot for additional storage.

It’s of course impossible to judge the Honeycomb Experience (a phrase I’m cribbing for my new laptop ambient music project) without actually having a working tablet in our hands. But if the actual feel of the device is as slick as the demos make it out to be, I’m excited. Now the obvious question is, are all those tablets running previous versions of Android (including Samsung’s Galaxy Tab) upgradeable to Honeycomb? Considering Android’s messy upgrade process on phones, Tab owners probably shouldn’t hold their breath. 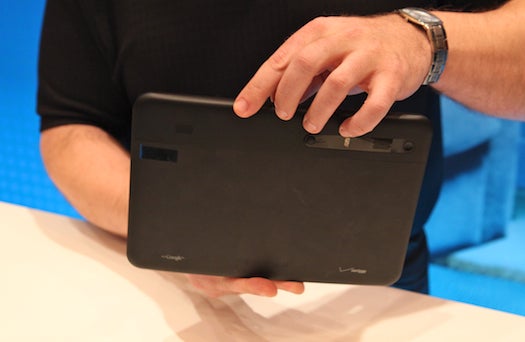 The Xoom From the Back