In Johannesburg, South Africa, some thieves have found that there’s an even cheaper and more anonymous way to make phone... 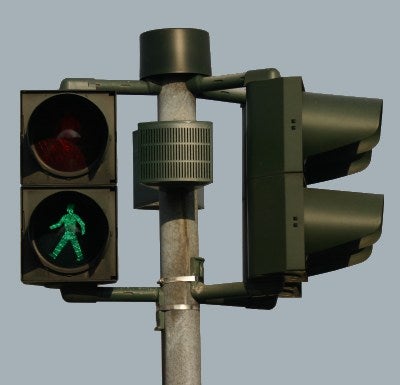 In Johannesburg, South Africa, some thieves have found that there’s an even cheaper and more anonymous way to make phone calls than buying disposable “burners” (like those featuring so prominently in The Wire): Traffic lights. It turns out that some Johannesburg traffic lights use SIM cards and GPRS to alert authorities to malfunctioning lights–but those SIM cards can also be harvested and used in generic phones to make unlimited, anonymous, free calls.

The system, instituted by the Johannesburg Roads Agency, is designed to keep the traffic infrastructure running without constant human observation. But with the SIM cards so frequently stolen, the system has fallen on its face, causing traffic jams and auto accidents. The JRA estimates that about 8.8 million Rand (around $1.25 million U.S.) in damages has been caused by the obstruction.

Interestingly, the thieves seem to have some kind of inside track to the workings of the high-tech JRA. Not every light in Johannesburg is wired in this way, and the ones that aren’t look just like the ones that are. Yet the thieves invariably target the lights with the valuable SIM cards inside. A spokesman for the JRA says, “They know which signals to target. They clearly have information.” Each of those lights–more than two-thirds of the 600 high-tech lights have been hit–costs over $3,000 U.S. to repair, and some have been hit after they’ve been repaired already. The spokesman said they’ve cancelled the SIM cards and is now working with both its tech suppliers and the Johannesburg police to try to combat the crimes. They’re also conducting an internal investigation, in case somebody inside the JRS is working with the thieves.

[Joburg via The Guardian]