The new device can be worn on an arm or leg 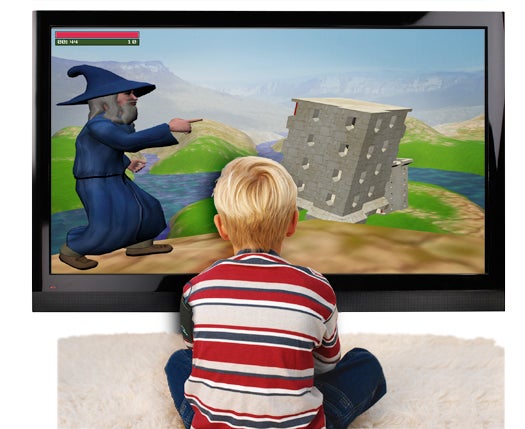 Game your way to razor-sharp attention skills. North Carolina– based Freer Logic’s new biofeedback device, the Bodywave, trains you to become aware of your brain function, so you are better able to regain focus when you drift off at work, lose your steam on the back nine, or nearly fall asleep at the wheel. It’s the first brain-wave scanner to be worn on an arm or leg, forgoing clunky headgear.

The Bodywave works by tracking your brain-wave activity as you play games or engage in virtual-reality simulations. When synapses fire, they release electrical pulses that move through the body. The iPhone-size device uses three carbon contacts to tap the signal through the skin, while software filters out electrical interference from moving muscles, particularly the heart. The system comes with software, such as games or virtual-reality training scenarios, and it prevents you from engaging in any program until you’re in the zone. To determine focus, the Bodywave looks for brain-activity patterns indicative of attention, including beta-level waves from 12 to 30 hertz, which neurologists accept as a sign of concentration.

The system is currently used to help coach kids with attention-deficit hyperactivity disorder and has also been adopted as a virtual-reality training tool in nuclear power plants. In the future, expect similar sensors in real-world scenarios. A Bodywave-equipped golf club could help players stay centered on their shots, or a steering wheel could alert a drowsy driver to keep his mind on the road.