Testing the Best: How the Panasonic HDC-SDT750 3D Camcorder Turned Me Into a 3D Believer

Once I was a 3D skeptic, now I am a 3D believer 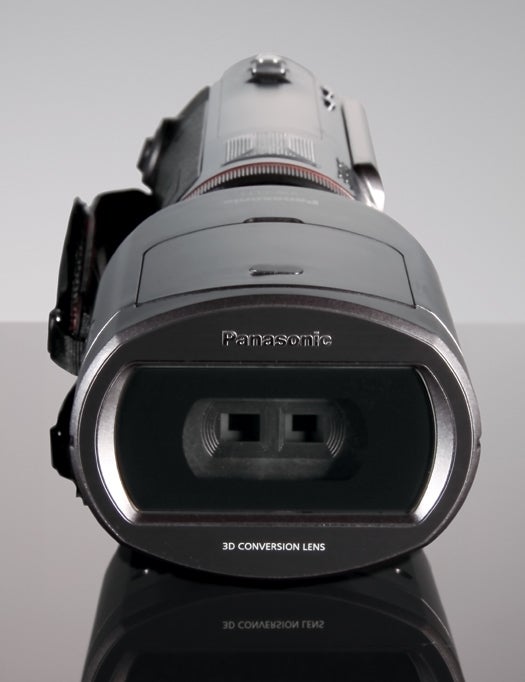 I first got my hands on Panasonic’s 3D HDC-SDT750, the world’s first 3D consumer video camera, during a large-scale, open-to-the-public model shoot. I figured, what better place to test out Panasonic’s spanking new 3D camcorder than an event with twenty sexy models posing under bright soft lights?

The truth was, I was not thrilled to be using a device that featured the dreaded “3D” in its name. As a still photographer/snob I always tended to look down upon anything 3D, brushing it off as just another silly craze that would ultimately die out—the same way that the Holga-camera-craze did. Something about 3D just struck me as gimmicky, plain and simple—I saw it as no better than HDR photography. Maybe even worse.

I started off simply filming the lobby of the conference area where the event was being held. Before I knew it, the questions started coming. “Hey man, what is that thing?” “Wow, is that a 3D lens?” I dismissively brushed them off, still convinced that 3D was a scourge, a plague, the technology responsible for allowing the word “Unobtainium” to enter the zeitgeist.

After fielding about a dozen more questions and filming for another forty minutes, I put the camera back in its box, tossed it into my bag, and put it out of my mind for another two weeks. Then came the day where I actually got to watch the footage I shot, on a 3D TV, silly glasses and all. And here’s the crazy part: When I actually had the opportunity to see the footage I shot played back on a 3D television, it hit me: This is awesome.

I had been talking nonstop about the evils of 3D, how the gimmickry obscured real cinematography, how there’s no way this little camcorder could ever overcome my disgust with the format. A friend offered to play back my newly shot 3D content on his 3DTV, and…something happened. My mouth returned to the closed position and stayed there, damming the flow of negativity. I watched as the video I had made on this incredibly simple camcorder came to life in beautiful 3D. I was blown away. 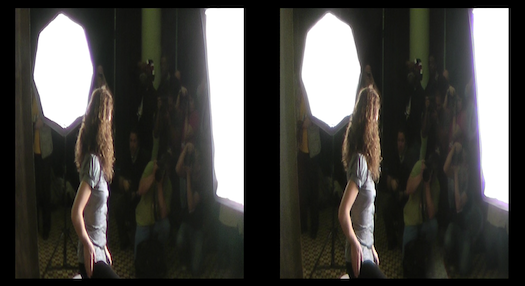 This video screenshot is anamorphic, hence the squashed ratio, but shows what the camera actually captures.

I had expected the video to look cheesy, something like the effect when you put on those cheap blue and red lens cardboard glasses. Instead, I found that it looked incredibly realistic and vibrant, especially the colors. It should also be noted that after watching the majority of what I had filmed, I had no semblance of a headache as I had been warned I might. Equally pleasantly, I also found myself not convulsing on the floor.

In the end, the proof was in the incredibly life-like pudding. Sure, 3D has a long way to go, but the fact that there’s already a high-quality consumer-level 3D video camera available for $1,400 gives me a lot of faith in 3D. And any device that can turn me from a forceful skeptic to a believer is surely deserving of the title Best of What’s New.