Old media recognizes the accomplishments of the new 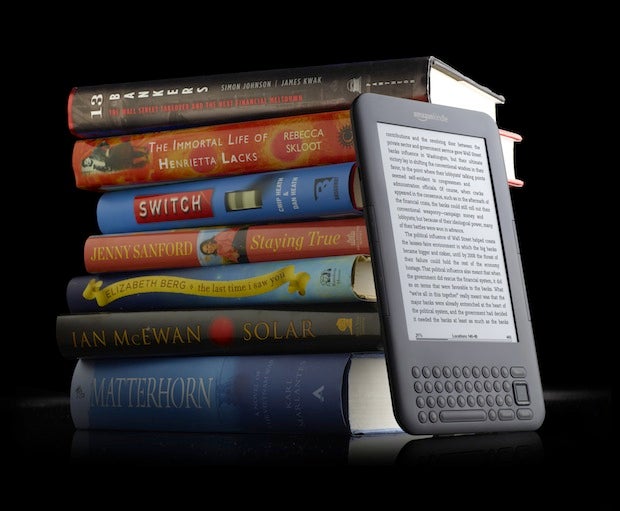 The Times currently has 14 best seller lists, including graphic books (which seems not to distinguish between graphic novels and comic books–offensive, am I right, graphics nerds?), paperback advice, and hardcover business, in addition to the biggies of hardcover fiction and nonfiction. Ebooks account for, by most estimates, around 10 percent of the total book market, which surely is competitive with, say, paperback business books.

Ebooks really are just starting to take hold in the mainstream reading culture, even though they’ve been around for decades. Yes, decades: Project Gutenberg, the volunteer effort to digitize the world’s written word classics, was started in 1971 by a fascinating and sort of crazy dude named Michael Hart. But it’s only in the past two or three years–since the release of the Kindle, really–that ebooks have entered the public zeitgeist as a legitimate product that you might actually see people buying.

And we’re just getting started: The newest Kindle has been a huge seller for Amazon, Apple and Barnes & Noble have both launched their own tablets (along with a new ebook store, in Apple’s case), and the new Samsung Galaxy Tab tablet has won praise for its reading-friendly size (if nothing else). Amazon recently told me that they’d just had their first million-seller in the Kindle store (The Girl With the Dragon Tattoo, of course), a major achievement.

The Times says they’ve spent two years working on a system to track ebook sales across a variety of platforms, presumably including the major retailers (Amazon Kindle, Barnes & Noble, Sony/Borders, and Apple iBooks). That puts them at least a step above, say, the music industry’s embrace of digital content–by the time Billboard started tracking digital downloads, iTunes had already sold 250 million songs and was available in 15 countries. The new ebook best seller lists (fiction and nonfiction) will debut early next year.