Classic Stationary Exercise Machines Re-Engineered to Be Not So Stationary

A new generation of bicycle designers has reverse-engineered classic exercise machines to create innovative ways of getting around town. Meet... 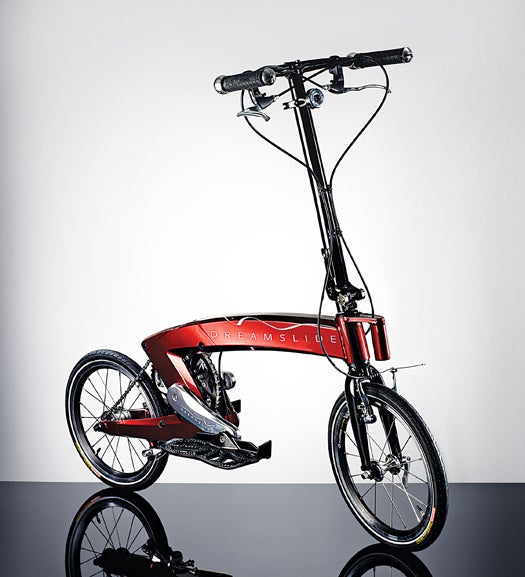 On the collapsible Dreamslide, commuters can travel nearly triple their walking speed, without breaking a sweat. Dan Saelinger
SHARE

A new generation of bicycle designers has reverse-engineered classic exercise machines to create innovative ways of getting around town. Meet a new breed of cycles, freshly escaped from the gym.

On the collapsible Dreamslide, commuters can travel nearly triple their walking speed, without breaking a sweat.

A rider on the stand-up Dreamslide can zip down the street at 13 mph while putting out no more effort than a brisk walk. Its single-speed drivetrain is propelled by pedals that spin independently of each other and thereby constantly generate power. Standard sit-down bikes, in comparison, have an energy-deficient dead zone when the pedals are at the top and bottom of the rotation.
Dreamslide $1,600; dreamslide.com 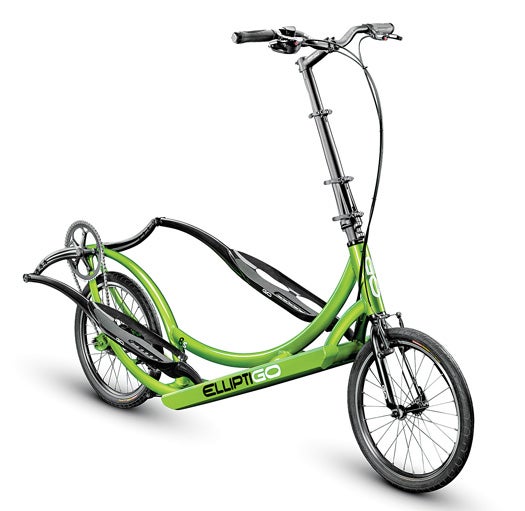 The ElliptiGO lets bikers climb hills more easily than on a sit-down bike. Its footrests slide back and forth on fixed rails like on an elliptical trainer, but this pair transfers power to a rear-mounted eight-speed hub via carbon-fiber arms and an oversize bike crank. Since the arc of each stride is longer than on a regular bike, there’s more room to harvest energy, allowing bikers to quickly climb 20-degree inclines and reach 25 mph on flats.
ElliptiGO 8S $2,200; elliptigo.com 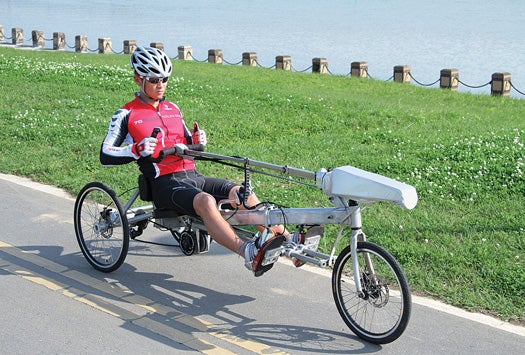 The Rowcycle merges the strength of both your arms and legs to increase speed and provide a total-body workout. As you pull back with your arms and push forward with your legs, a system of pulleys and belts, including an extra-strong Kevlar band, transfers energy to the rear wheel by way of a standard bicycle-chain drive.
Tarasov Cougar Touring Rowcycle $4,500; tarasovrowcycle.com