The Trend The next generation of Internet-connected TVs and set-top boxes make the Web something you surf with a remote,... 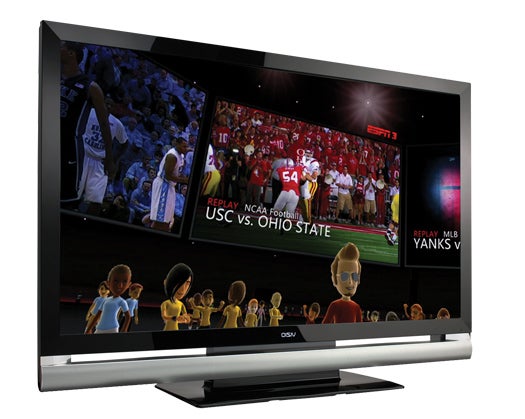 The Trend
The next generation of Internet-connected TVs and set-top boxes make the Web something you surf with a remote, not a mouse.

Why Now
Because an increasing number of TVs now stream video from the Web, manufacturers are building interfaces to help you navigate this sea of content. The Internet link also allows computer-like interactions, such as searches, alongside videos.

How You’ll Benefit
Think of a show, and you’ll pretty much be able to get it. Watch it on cable, Hulu or YouTube, and even do a little social networking at the same time.

Sports fans can join a virtual audience of avatars on Xbox LIVE.

You’ll soon be able to watch live sports on your Xbox 360— and compete in trivia contests against other fans. By November, Microsoft’s Xbox LIVE service will begin streaming the Web channel ESPN3. Viewers get access to interactive features, such as real-time polls and quizzes at the bottom of the TV screen, that are more commonly found in videogames and social-networking sites. Next up: additional channels and a wider range of social experiences, such as voice chat among viewers.
ESPN3 on Xbox LIVE Included in $50/year LIVE Gold membership; xbox.com 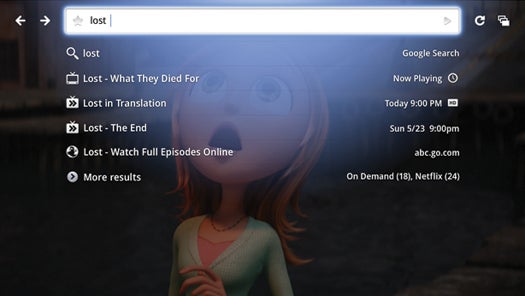 Google TV arrives this fall on some Sony TV sets and in an add-on box by Logitech.

The Google TV system lets you swap grid-like program guides for Google’s familiar search bar. Type in a title, and it combs cable schedules, shows saved on a DVR and online videos, so you can readily watch content from many places. The system also lets you surf the Web and run apps, since the hardware will have an Intel Atom chip and an Android operating system.
Google TV Prices not set; google.com/tv 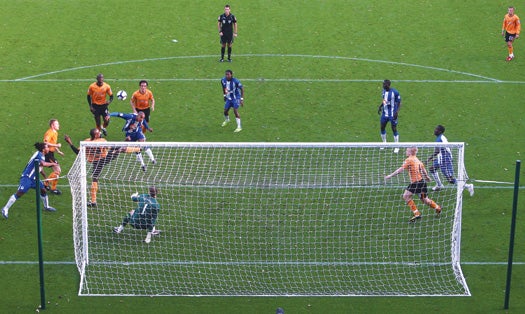 With the growing variety of Web and broadcast programs, the next advance is TVs that help you pinpoint the best parts. Prototype software at the Intel China Research Center analyzes video to detect people and events. It spots soccer players by their numbers, for example, and can assemble a highlight reel of goals or let you search for a favorite star. Similar tech could come to TVs within five years.
techresearch.intel.com