New Breed of Motion Controllers Aims for Precision and Fun

Which will make you jump? 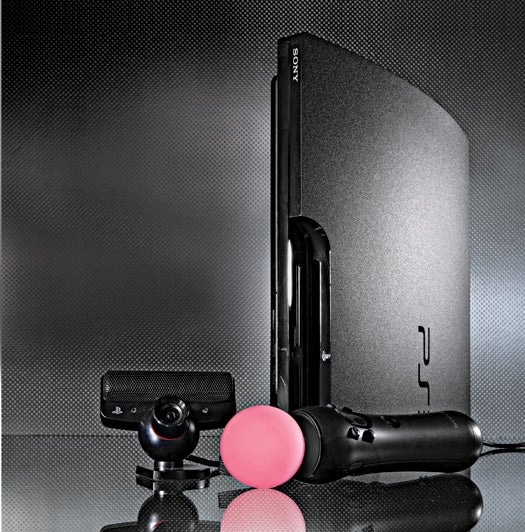 Get It: Sony Playstation Move

How do you make video-games more lifelike? Get the players off the couch. Nintendo’s Wii got families on their feet with a controller that senses swings and other motions. In November, Xbox 360 fans will rise for Micro­soft’s Kinect. And now Sony wants serious gamers to stand. Its Move is designed for even those who prefer precision shooter games.

The system, an add-on to PlayStation 3, combines many measurements. Its wand packs a Wii-like speed- and tilt-sensing accelerometer, a gyroscope to track rotation (such as a sword’s twist), and a digital compass. A video camera detects the wand’s exact position in space: It watches the glowing ball as it moves sideways or up and down, and it judges depth from the ball’s apparent size. All that data lets SOCOM 4 warriors use the wand to point at targets as if they were beaming a laser from their hand.

Three major videogame systems all have the same goal: to quickly and accurately follow your movement in three-dimensional space. But they achieve it in very different ways.
Gadgets
October 2010
sony
What's New
wii