Unless you’ve been living underneath a Zune, you’re likely aware that Steve Jobs and his Apple empire held a music-centric... 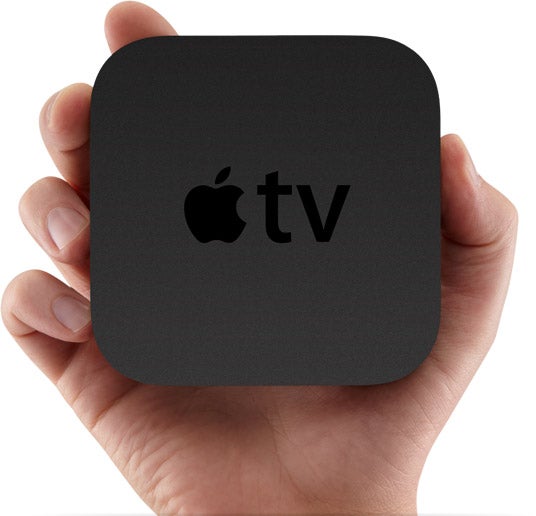 Unless you’ve been living underneath a Zune, you’re likely aware that Steve Jobs and his Apple empire held a music-centric event in San Francisco today in which the company’s best-selling line of portable musical devices received yet another refresh (the holidays are coming up, you know). And while some of the updates were the usual benign, tech trickle-down one might expect, Jobs did break some new ground with an Apple TV do-over and an iTunes update that’s more social network than music store.

First, Apple TV: It seems everyone has levied an opinion on Jobs’ move into the set-top box space, and few opinions have been laudatory (Jobs’ defense: our product hasn’t been a huge hit, but “nor has any competitive product.” Fair enough). However, this year’s “one more thing” is pretty slick.

Jobs’ praises its small size (“You can hold it in the palm of your hand!” he exclaimed, though this seems somewhat irrelevant for a set-top box). We’re more interested in the fact that it does everything in HD when available, streams from your computer, rents commercial-free TV shows for 99 cents, streams Netflix content, displays photostreams from Flickr, and pulls content from your MobileMe account. Also sweet: you can stream stuff from your mobile devices, meaning you can start a flick on your iPhone or iPad, walk into your living room, and swap the feed over to your big screen. Nice.

As far as TV programming is concerned, ABC and FOX are currently on board. Jobs thinks the other networks will soon come around to his way of thinking, and given his track record of bending the world to his will, we would agree.

What else are we getting for early Christmas this year? A new version of iTunes that’s a hybrid music player and social network (think Last.fm meets iTunes). iTunes 10 will have a feature called “Ping” that lets you see what your friends are listening to.

This goes beyond the old shared playlist feature. Jobs played up the privacy features of course, but essentially you can share your own playlists, opinions, and recommendations with your followers (like musical Twitter) and in turn follow artists and friends to see what’s getting play out there. It’s also layered with concert info and all kinds of ancillary stuff that seems pretty useful, as long as it doesn’t result in MySpace-like sensory overload.

Along with the big platform upgrades, Apple’s music devices all received a refresh. The Shuffle got its buttons back. The Nano got a multi-touch screen (and lost its click wheel) while shedding nearly half its size and weight. Perhaps most exciting: iPod touch got the same A4 chip and Retina Display screen as iPhone 4, a 3-axis gyro like the iPhone’s, a rear camera with HD video recording, and – drumroll, please – a front facing camera with FaceTime. Eight gigs start at $229.

Check out the live blog through the link below.