Cambridge, UK, firm Input Dynamics is trying to take the bite out of iPhone envy with a new software fix... 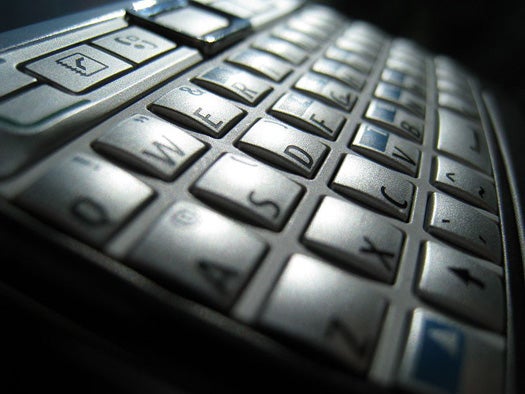 Cambridge, UK, firm Input Dynamics is trying to take the bite out of iPhone envy with a new software fix that turns any “dumbphone” into a touchscreen device. But it doesn’t just turn the tiny screen on that old push-button handset into a touch-sensitive surface. Requiring no additional hardware, the system uses acoustic technology to turn every inch of a phone’s casing into touch-sensitive real estate.

TouchDevice, as it’s called, relies on the phone’s microphone rather than expensive touchscreen surfaces to figure out the location of a tap, scratch, scroll, or swipe on the phone’s body. That means you can tap icons on the screen as on a conventional touchscreen phone, but also scroll through screens by swiping a finger along the side of the body, or call up hot-key commands using a special tap sequence on the phone’s backside.

The software uses the phone’s built-in microphone to pick up the unique acoustic signature produced by certain finger gestures – tapping, swiping, etc. – on the phone’s casing. It instantly converts those gestures into software commands that correspond with the phone’s own OS. Right now the software works with single crisp taps from a finger or stylus, but Input Dynamics is refining its algorithms to detect and respond to several more distinct signatures, and will at some point be able to process multiple signatures at once, converting old cell phones into multi-touch devices.

The software is still in concept, but Input Dynamics says they are talking to several big-name phone manufacturers about adopting the software for future phones. In the meantime, it can be uploaded to existing models to turn current inventories into touchscreen devices. Which means you may soon see smart touchscreen tech coming to a dumbphone near you.