A New $1,000 Keyboard With Screens For Keys From Art Lebedev, Prettier Than the Last 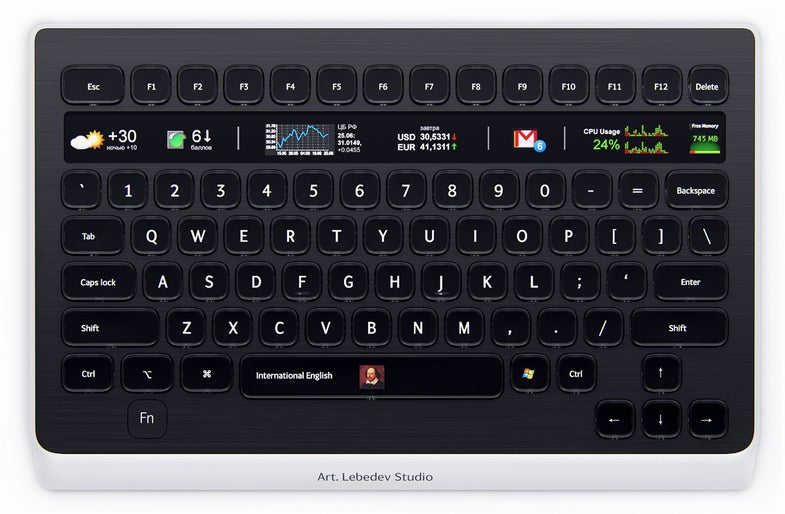 Details don’t extend much beyond what we can see here: the key caps are now practically all screen, whereas on the Maximus, a border frame cut down on the size of the visible portion. Also new is an overall much sleeker design, and a neat display bar that is home to several nicely designed widget readouts.