Hulu Plus: One Step Closer to Cutting Cable Out Of Our Future of Television?

It’s been in the works for so long it’s hardly a surprise, but today Hulu announced that their subscription service... 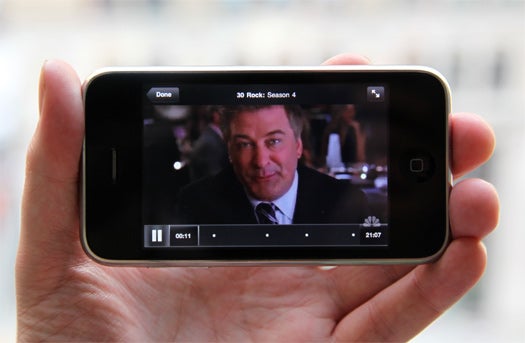 It’s been in the works for so long it’s hardly a surprise, but today Hulu announced that their subscription service is finally happening. Called Hulu Plus, it offers a “season pass” to current shows on ABC, NBC and Fox, as well as an extensive episode backlog, all streamable to a multitude of devices including your game console, mobile phone, iPad or web-connected TV. It costs $10 a month. But can I cut out my cable yet?

I dream of the day when I can cancel my cable service. Don’t you? We pay for hundreds of channels, the majority of which we never watch. The DVR always sucks. Customer service is abysmal. The one company we must pay is pre-determined according to where we live. The list goes on.

It’s always been my dream to simply pay for the dozen or so channels I watch frequently and receive ONLY THOSE. Of course, that model is directly opposed to how cable companies make money, by charging all of these superfluous channels for the privilege of being piped into my living room and never watched. So I’m certainly not holding my breath for my ESPN/Comedy Central/HBO/Food Network/Bravo/History Channel/the networks dream package.

But the pieces are starting to come together. Netflix streaming is great for movies and TV shows, and discs in the mail work for what’s not available instantly (Hulu Plus will also carry previous seasons of the new series it hosts). You can pull in the networks and local public channels for free with an antenna to pick up over-the-air digital HD broadcasts. ESPN offers live streaming of several things, including this month’s World Cup and Wimbledon, on its ESPN3 website (which only works if you have an ISP that’s made a deal with ESPN to carry it , though). And now with Hulu Plus, you wouldn’t need to BitTorrent every new episode of your network favorites/guilty pleasures. Comedy Central has dropped out, though, which is a shame; no Colbert or Stewart.

A bonus is that the service is taking Netflix’s approach to interoperability–the plan is to make it available on just about any gadget with a nice screen and a connection to the internet. That includes web-connected TVs and Blu-ray players, game consoles, set-top boxes, and your iPhone, iPad or other smartphone via mobile apps. Pretty cool.

A downside is that even though you’re paying $10 a month, you still have to watch ads. And the as yet paltry list of partners–I watch a few shows on NBC, Fox and ABC regularly, but not many. Plus, no live streaming of anything–if you’re cutting the cord, you’ll have to rely on what’s available on the networks via an antenna for the last few events we all watch together live, like the Super Bowl or the Oscars.

But I’m keeping the dream alive, that one day I won’t have a TV that receives so many ludicrous unwatched channels, and I can quit Time Warner while still paying for the stuff I actually want to watch. Services like this mean we’re getting close, so I’m not giving up hope.