Hands-On With the Nintendo 3DS

We’ve just spent some hands-on time with the Nintendo 3DS, the 3-D version of the company’s classic DS platform unveiled... 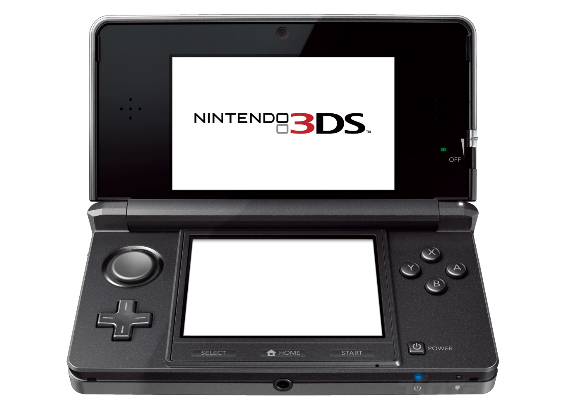 We’ve just spent some hands-on time with the Nintendo 3DS, the 3-D version of the company’s classic DS platform unveiled earlier today at E3. While at first it’s tough to shake the idea that it’s little more than a gimmick, the 3-D effect does work. And perhaps most importantly, it works without the clunky glasses.

After playing the game demos available and viewing 3-D trailers for films and future games on the device’s 3.5-inch top display (the bottom one is a conventional 2-D touchpad), the 3-D effect is surprisingly easy to watch. Nintendo wouldn’t get into the tech behind the screen, but it is almost certainly a parallax LCD, which uses structural variations in the screen itself to split the image into a separate view for each eye, creating the 3-D illusion. It’s the same tech used in Fuji’s glasses-free 3-D camera, the Real 3-D W1 we tested last year.

Nintendo seems aware that not everyone is ready for 3-D all the time, and has added a depth slider to the side of the machine. This simple control makes it easy to “flatten” the 3-D effect until you’re left with a classic 2-D view at the lowest setting. Slide the 3-D depth to zero and you have a screen that looks more or less like you average DS screen in terms of brightness, color and clarity.

In the demos we played, the 3-D effect shows the same ambient restraint as the latest crop of 3-D Hollywood offerings. After a few minutes, you find yourself tuning the effect out. But then it leaps back into your attention at odd times, like a giant snake popping out of the foliage in Metal Gear Solid. But as the “off” position on the 3-D depth slider makes clear, the effect is more eye candy than primary gameplay element.

A tech demo of a target shooting game combined 3-D visuals with the device’s motion detector and gyroscope. Tilting and moving the DS made target shooting a more active experience. Hitting targets in 3-D does take some practice. Because you must keep the 3DS directly in front of your face to hold the 3-D effect, aiming can become a strain.

Other demos of Starfox 64 3-D, Pilotwings Resort and Kid Icarus Uprising (a confirmed launch title, although the date remains unknown) made clear that Nintendo can now raid its back catalog to produce lots of updated content for the new system. And these simpler games of yesteryear feel fresh when polished up with a new coat of 3-D paint. One of the games that best showed off the power of 3-D was Nintendogs and Cats, in which cuddly animated puppies that excitedly bounded off the screen toward you. Cute, it seems, was made for 3-D.

As far the rest of the hardware, the 3DS feels comfortably familiar in your hand. The new machine is about the same size as the standard DS, and most of the key buttons are in the same place. But now there is a start, select and home button on the machine’s face, and a quarter-sized flat analog stick in the upper left-hand corner. The stick’s range of motion feels a bit limited, but it seemed responsive enough. Two parralax-positioned cameras on the back also allow you to take your own 3-D pictures.

Looking forward, an interesting facet of the future of the device is planned support for 3-D movies from major Hollywood studios–revealing again who ultimately has the most at stake in the great 3-D push. A trailer for Dreamwork’s How to Train Your Dragon was squashed to the screen’s tiny size. But with the DS held close to your face, an Avatar-like effect was noticeable.

The 3DS may not be the revolution in technology Nintendo is boasting. But it’s a cool trick, and one that is sure to make the units disappear from store shelves once the system is released.