It seems like so many technological advances these days are aimed at figuring out how to do absolutely everything —... 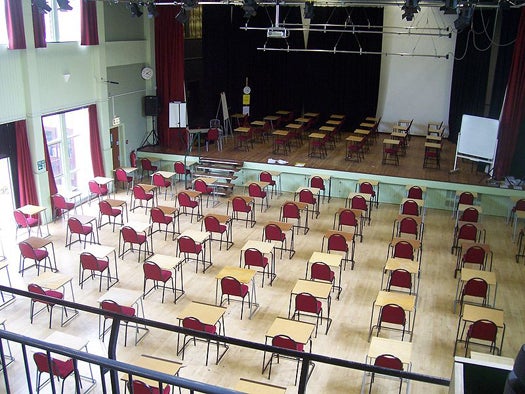 It seems like so many technological advances these days are aimed at figuring out how to do absolutely everything — from attending a staff meeting to hunting for terrorists in foreign lands — without having to actually be there. Extending that luxury to college students, at least one UK university and a handful of American institutions are experimenting with telecommuting tech armed with anti-cheating software, allowing students to take important exams at home while at the same time keeping them honest.

Packing a 360-degree webcam and a microphone, the setup ensures students are not receiving help from others during the exam. It also locks the computer down, restricting Internet and file access for the duration of the exam so the student cannot attempt to access information on the Web or on his or her hard drive.

University invigilators — the equivalent of test proctors in the US — then can review the tape later on their own time, watching it in fast forward or choosing to watch a sample of students to screen for cheating. For universities, it spells lower costs. And it helps college students pursue their own lofty goals of never getting out of bed.

Apparently universities that have tried the software, known as Securexam Remote Proctor, like the flexibility it provides and the reduced need to compete for large exam halls during midterm and final exam weeks. But it also seems likely that in a world where each generation is more tech-savvy than the one before it, students who want to engage in academic misconduct are going to find a way to do so, even with Big Brother peeking over their monitors.

Let’s just hope it’s not a sign of a larger trend away from classroom learning and discussion. Universities are centers of not only learning, but individual development. That kind of atmosphere forges social bonds as well as academic fortitude. If we get to the point where students no longer have to check into regular classes or exams, will the inclination to smash a beer can on one’s forehead or sprint naked through the quad even remain?

Lack of classroom discussion and student-teacher interaction notwithstanding, such a system could be a boon for remote learning of the study abroad type, and given the way the world is shrinking in a technological sense, Securexam could make higher education more mobile. More education in more places certainly is not a bad thing.