Teams to Rev Up in Utah Desert for Mars Rover Challenge

Anyone who questions the ability of rover vehicles to explore other worlds need only look at Spirit and Opportunity—the Mars... 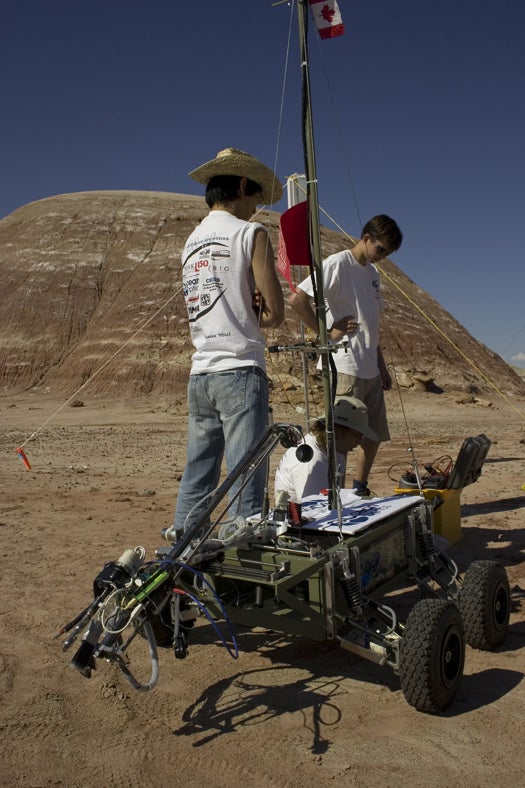 Anyone who questions the ability of rover vehicles to explore other worlds need only look at Spirit and Opportunity—the Mars Exploration Rovers that have already outlived their expected lifespan on Mars by more than five years. And college students from seven universities are hoping to make their own discoveries about designing the next generation of rovers.

For the fourth year in a row, the Mars Society’s University Rover Challenge will take place at the site of the Mars Desert Research Station in southeast Utah’s canyon country. Since last September, college students in the U.S., Canada, Italy, and Poland have been researching, designing, and building their remote-controlled rovers in preparation for the ultimate test. On Thursday, June 3, the seven teams will arrive in the remote desert location to showcase their machines and participate in a series of competitions designed to show whether the rovers are up to the task of exploring the Martian surface. 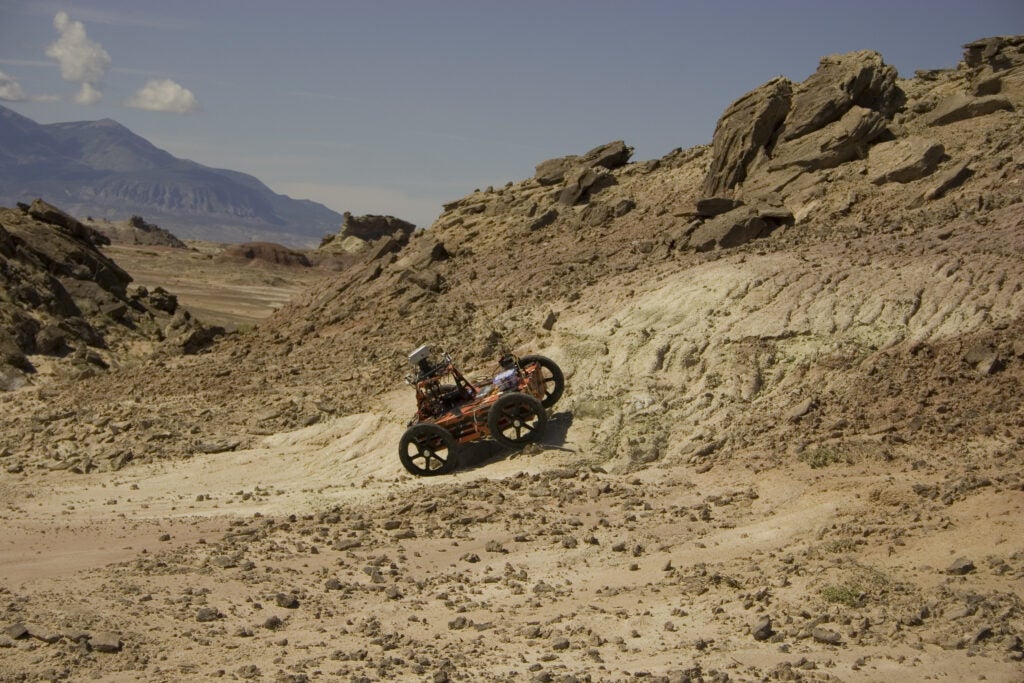 The teams will weigh in late Thursday afternoon, and competitions will begin on Friday morning. In a series of tasks, teams will be awarded points based on their performance. In the Construction Task, the rovers must venture out to an equipment panel and tighten several loose bolts, and the Extremophile Task requires the rovers to search a designated area for signs of life in the barren desert landscape. But the usual crowd-pleaser is the Emergency Navigation Task, where teams must deliver a container via their rover to a distressed astronaut lost in the canyon landscape. “This is a flat-out race,” says Kevin Sloan, director of the University Rover Challenge. “Teams only have 40 minutes—and only 25 minutes if they want to earn the full 100 points that are up for grabs.”

In 2009, Sloan says, the stranded astronaut was rescued only once. “Almost every team chose to follow a gully that led to a dead end, and this is where most rovers either broke down or lost communications.” The team from Canada’s York University successfully carried out its astronaut rescue and went on to become the 2009 Rover Challenge champion.

To check out the list of 2010 teams, visit Mars Society

Stay tuned to PopSci.com for an update and final results on Monday, June 7.