Software and optic tricks that improve the real world 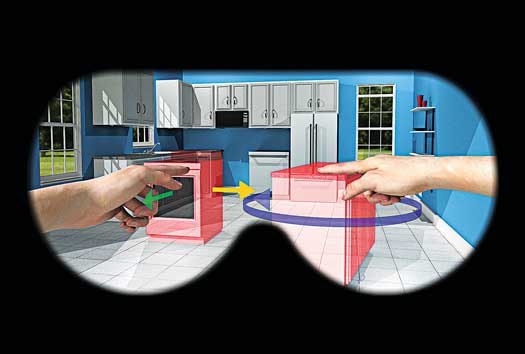 Mobile augmented-reality (AR) apps already enhance live video images on your phone to show you real-time info about what’s around you. Upcoming systems take it a step further by actually letting you interact—whether by touching or talking—with miniature virtual worlds. 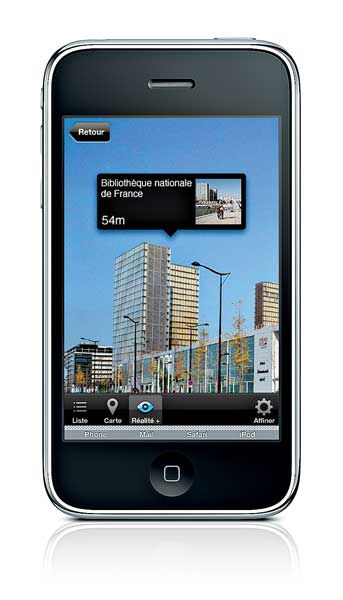 Developers are creating customized applications with more-detailed info. CultureClic, a French tourism app for the iPhone 3GS, uses the phone’s GPS and compass to identify landmarks. It then overlays relevant images and info, like hours and entry fees, from a database of cultural institutions. Pointing the phone at the Louvre, for example, pops up previews of its collection.

Soon AR displays will be wearable. Two cameras in Vuzix’s glasses feed real-time video to a connected computer, which superimposes graphics on the image and projects the results on two screens in the glasses. Vuzix recently showed off a maze game: A player holds a piece of cardboard and, as he tilts it, he sees a virtual ball roll past 3-D obstacles (which the computer inserts wherever it sees a bar code on the board). Expect developers using the system to come up with a range of design apps and games.

Eventually AR will let you interact with virtual objects as if they were real. This system is similar to Vuzix, but its cameras also track your hands to sense when you “touch” an object, and it adds a mic to capture your voice for spoken commands. In the research prototype, users point to blocks and dictate color changes. As tracking improves, it could find more everyday uses. A home-remodeling app, for example, would allow you to place virtual appliances and cabinetry in your existing kitchen.