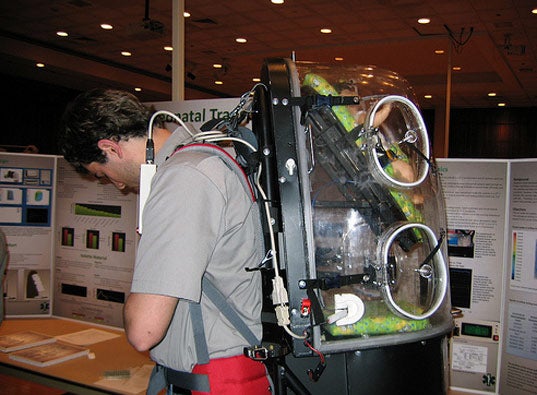 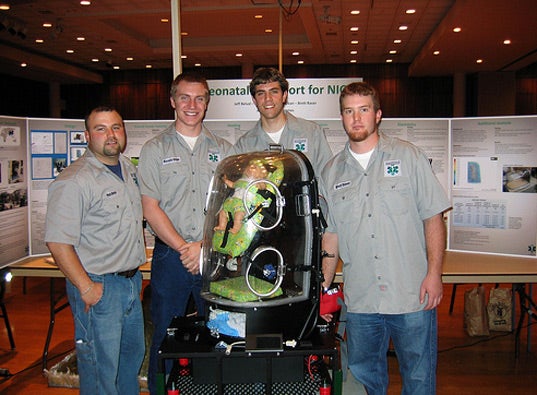 While covering the inventions of the year this week, we came across another project that may well deserve a gold star. Four seniors at Colorado State University have produced a shock-absorbent backpack, called the neonatal transport incubator, designed to reduce infant deaths by helping safely piggyback sick babies to medical facilities.

According to Phil Brox, a mechanical engineering student who worked on the incubator, the team started the project in response to the dire infant mortality rate in developing countries. Many regions not only lack the resources for timely infant care, but their rough terrain and poor roads make it difficult for medical responders to transport babies to safety.

Although neonatal transporters are nothing new, the students’ invention is less pricey and more portable than the alternatives. An integrated electric heating system, air controller, temperature-monitoring alarms, and an air circulation device also put the students’ project on par with other transport systems.

The university’s web site reports that the students have filed a provisional patent through the Colorado State University Research Foundation (CSURF), thus allowing them to publicly discuss the technology with outside investors. If all goes as planned, what began as a senior design project may become an indispensable piece of affordable medical technology.