The closer we get to the year 2015, the louder people lament that our world hardly resembles the one depicted... 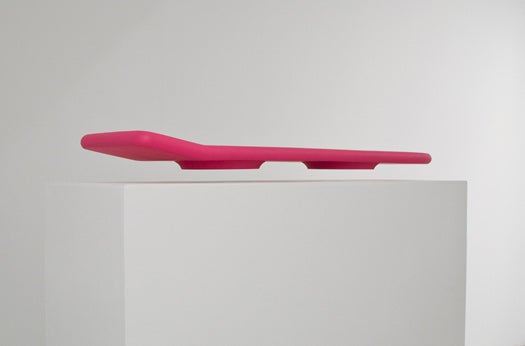 The closer we get to the year 2015, the louder people lament that our world hardly resembles the one depicted in Back to the Future II. Although it will be awhile before any of us coast around in a flying Delorean, we’ve piped down our complaints, as a young French artist named Nils Guadagnin has built an exact, actually-hovering replica of Marty McFly’s pink hoverboard.

Guadagnin began the project in 2008 for an exhibition titled — drum roll — “Back to the Future.” Electromagnets allow the board to levitate, while a laser system stabilizes it mid-hover. Although you can’t actually ride the board, it does hold up remarkably well when poked and prodded. Check out the video below to see Guadagnin demonstrate:

On his website, Guadagnin says that he built the hoverboard as a study in sculpture and as an experiment in spatial automony, but what we really want to know is if he’s putting it up for sale. (Dibs.)

Back to the Future
exhibits
Gadgets
hoverboards
lasers