BeetleCam Brings You Close to Wild Animals, Without the Mauling

Remote-controlled camera goes on safari for you 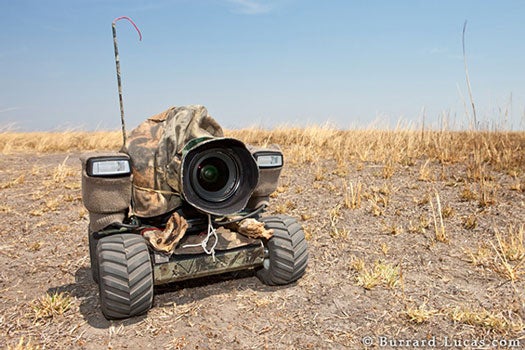 Photographing animals in the wild traditionally requires a meticulously engineered infrared camera trap and good timing. Brothers Will and Matthew Burrard-Lucas, however, ingeniously attached a DSLR camera to a four-wheel-drive remote-control buggy, thus creating the BeetleCam.

The roving all-terrain camera allows the brothers to safely take photos like this one: 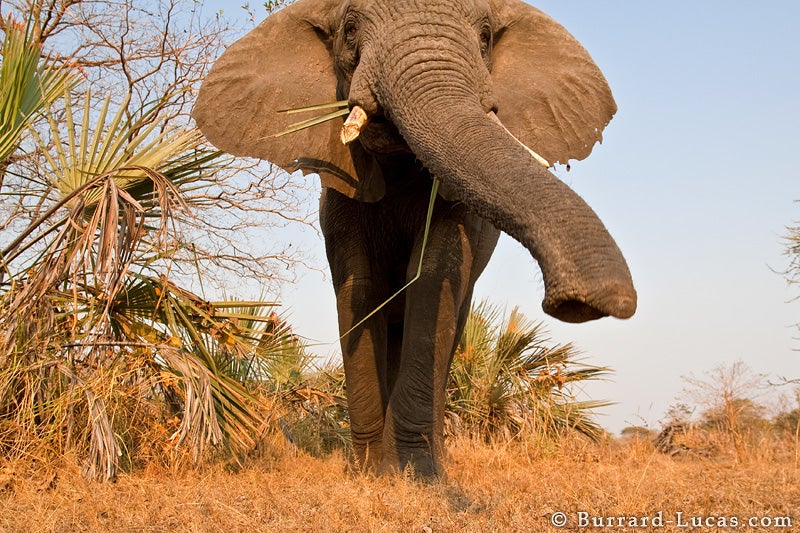 Since 2010, an average of 35,000 elephants have been killed each year due to poaching. That has eclipsed the number of elephants being born.

Using oversized motors and wheels, and a bit of trial and error, the brothers were able to stabilize the BeetleCam’s movements and integrate a Canon EOS 400D camera with the controller used to maneuver the buggy.

The brothers headed to Ruaha and Katavi National Parks in Tanzania, where they took the BeetleCam for a spin. They found that with some species, like the elephants, it was best to let the animal gingerly approach the camera by itself. Others, like the notably dangerous African buffalo, were totally unfazed by the robot buggy’s presence.

That’s not to say the trip was completely devoid of hijinks. The brothers almost lost the BeetleCam when a lioness hauled it off into the bushes. Fortunately, they were able to salvage the memory card from the otherwise ruined camera body. As the following photograph demonstrates, the BeetleCam’s damage was not endured in vain. 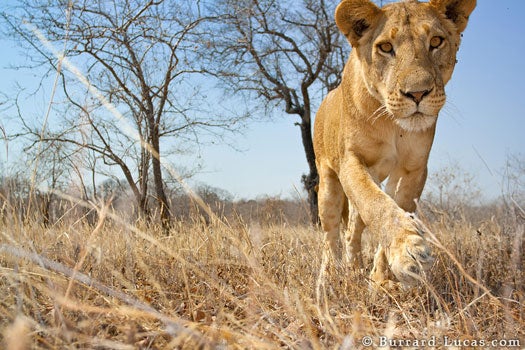 Thanks to their remote-controlled BeetleCam, the Burrard-Lucas brothers were able to capture this close-up without fearing for their lives.

The BeetleCam now has a new camera and plans further adventures.