The media player with a see-through, color screen 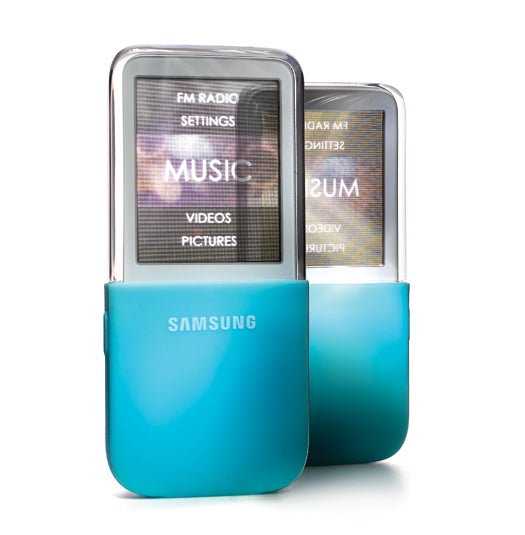 Samsung’s IceTouch media player—the first gadget with a see-through color video screen to hit stores—is a window into the future. At rest, it’s a gray-tinted pane of glass, but it can instantly display full color across all or parts of its surface. Although the feature may be just a novelty in an MP3 player, it heralds practical applications to come: a windshield that shows a speedometer, or a living-room window that doubles as a TV.

The magic is an organic-LED, or OLED, display, which is made of molecules that glow to create color yet turn transparent when unpowered. The challenge is dealing with opaque circuitry. Engineers rearranged the grid of silicon transistors that regulates power to the pixels, shrinking it to a thin mesh. Then they put chips below the screen instead of behind it. Samsung won’t say when larger screens will go on sale, but it has demonstrated them in 14-inch laptops. Future models could also get even clearer, thanks to research on sheer transistors.