The cool thing about economies of scale, and especially about cutting-edge gadgetry, is that generally the price goes down over... 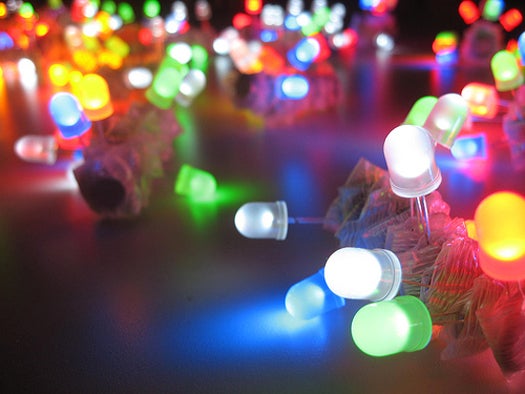 The cool thing about economies of scale, and especially about cutting-edge gadgetry, is that generally the price goes down over time (remember the $500 iPhone?). But that may not be the case for ever-more-popular LED-backlit LCD TVs this year, or for LED light bulbs for that matter. Accompanying the surge of LED use in electronics, a shortage of light emitting diodes could put upward pressure on prices as device makers cut deals to get their hands on the essential little components.

The problem is a simple one of demand outstripping supply, but it’s not such a simple problem to resolve. Global industrial capacity sits at about 75 billion units according to market research firm iSuppli. In 2009, technophiles swallowed up 63 billion units, but next year demand is supposed to hit 80 billion, creating a 5 billion unit gap that can only be met if production speeds are increased.

But that’s not the only problem; demand is supposed to jump by another 20 billion units to top 100 billion in 2011, so even if manufacturers manage to ramp up production to meet demand this year, they face another double digit increase in production next year.

Though lots of our daily tech relies on LEDs, it’s LED-backlit LCD displays in televisions and laptops that are really driving demand up; their superior picture quality and low power needs make them an obvious step forward over cold-cathode fluorescent lamps used previously. LEDs are also popping up in car headlamps (Ferrari’s latest makes them a key design element), and as the technology comes along, we’ll see more light bulbs for the home.

While the shortage may not drive the cost of new devices stratospherically higher, we’ll probably lose the incremental decreases in cost that we’re used to seeing in our technology. So the price of an LED television now might remain the same throughout the year and into next. Which is annoying, sure, but over the next couple of years the market will likely find its way back to equilibrium. And since that TV you’ve been eyeing won’t be coming down in price for awhile, we strongly encourage you to pass the time by reading a magazine.