Japanese Cellphone Collects Precise Data on Your Every Move, Reports Back To Your Boss

Chalk up another technological victory for Big Brother. Japanese phone maker KDDI has developed a mobile phone that analyzes users’... 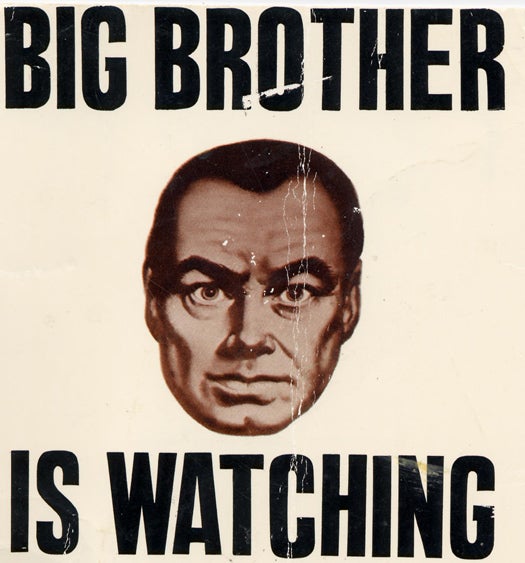 Chalk up another technological victory for Big Brother. Japanese phone maker KDDI has developed a mobile phone that analyzes users’ movements, beaming that information back to the corporate office/Party headquarters/the Ministry of Love for review. Specialized software can identify several distinct movements, including walking, stair-climbing, and even cleaning. On-the-job slackers, the jig is up.

The system employs the accelerometers that are now standard in many mobile handsets to determine what sort of tasks workers are performing. And it doesn’t just identify broad categories of movements; the software can identify if a cleaning worker is scrubbing, sweeping, or even bending and lifting to empty a trash bin.

KDDI intends to sell the technology to employment agencies and corporate clients that want to keep a better watch on employee efficiency. But naturally, the idea has met resistance from those who feel a mobile phone that reports on its user is decidedly Orwellian.

The company claims it could be a boon for telemedicine and similar services that users opt into, and KDDI encourages companies using the tech to enter into strict agreements with workers regarding its usage. Japanese culture is certainly more open to such intrusions: since GPS was introduced in phones there nearly a decade ago, employers have kept tabs on company drivers and sales people via mobile handsets.

Whether or not that kind of acceptance of the boss looking over every shoulder will catch on elsewhere — well, we’re skeptical about that. A cell phone that monitors employees’ every move seems like too much of a technological intrusion, even for people very comfortable with high-tech gadgetry pervading their day-to-day lives. Besides, don’t most people use their cell phones to distract themselves while at work? Perhaps rather than giving people mobile phones to keep tabs on their progress we’d get better results by taking the mobile phones away.