HP Will Market 3-D Printers to the Masses

3-D printing is finally hitting the mainstream. Hewlett-Packard, maker of many of the ubiquitous inkjet and laser printers adorning office... 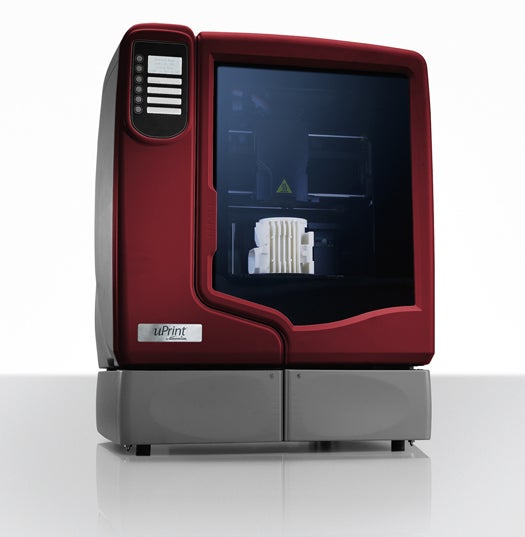 Everything is being 3D printed these days, from supercars to Thanksgiving dinner. Find a box large enough to wear and decorate it to look like a 3D printer. For added effect, find some small plastic figurines or action figures and put them in a bag inside the box. Give one to anyone who challenges you to 3D print something. Dimension
SHARE

3-D printing is finally hitting the mainstream. Hewlett-Packard, maker of many of the ubiquitous inkjet and laser printers adorning office spaces everywhere, plans to broadly market a printer that can turn out three-dimensional models from computer aided design programs. It can be yours at the highly ambiguous price point of somewhere less than $15,000.

3-D printers have long been available to specialized design professionals like architects or industrial designers. NASA is even considering shipping a very special one to the international space station. But the high price of the machines as well as the software that drives them made them all but unobtainable to smaller firms and individual hobbyists. HP’s device could bring a fairly good quality of three-dimensional printing to small- and mid-sized design firms, as well as a broad market of mechanical design professionals that need to model their designs precisely.

HP hasn’t mentioned an exact price or precise release date for their commercial 3-D printer line, but Stratasys, the company that will build the printers for HP, released a small, consumer-oriented 3-D desktop printer last year for about $15,000, so it’s safe to assume HP will retail its hardware for less.

What’s less certain is the quality of the printing. A five-figure investment for a device that churns out sub-par product could sour a consumer base largely unfamiliar with 3-D printing, setting back the industry. But technologies like this tend to scale incrementally, and the fact of the matter is an announcement like this has been a long time coming. Professionals that create in three dimensions have for too long had to design in only two.