A Black Box For Snowboarders

Motion sensors get a new calling: dutifully logging data on athletes' every twist 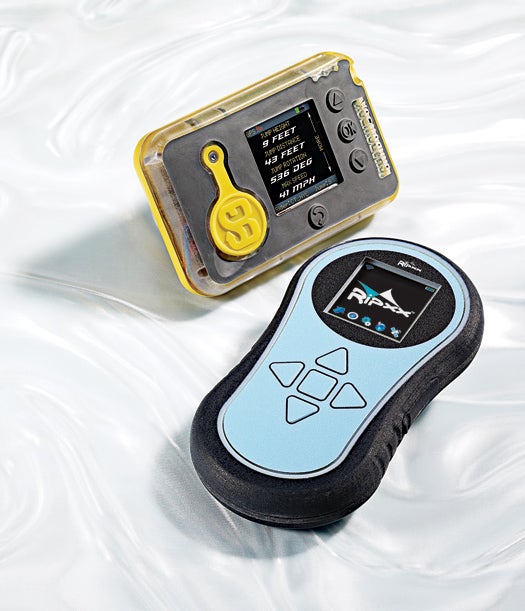 An airplane’s flight data recorder, or black box, saves stats from many different sensors so that pilots can reconstruct and analyze a trip after the fact, whether to find problems or certify that they completed a record-setting route. Now extreme-sports athletes can quantify a wicked ride the same way. Two new gadgets each pack a heap of sensors—GPS to measure direction and speed, accelerometers to measure tilt and pitch, gyroscopes to measure rotation—to record data throughout a snowboard, wakeboard or other sports session. Afterward, included computer software replays the moves on a computer, complete with animated gear; it can also export the files to Google Earth to show paths drawn into actual landscapes. Coaches can use the devices to study and improve technique, and athletes can do something even more satisfying: prove their gravity-defying stunts to pals. 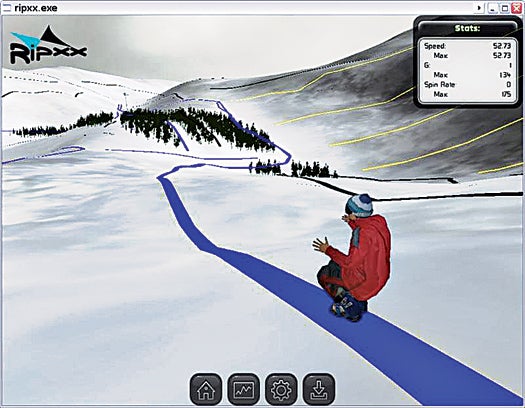 The waterproof ShadowBox was created for wakeboarders, who can use it to judge whether they truly nailed a 720 McTwist. But now users can mount it to almost any equipment, from skateboards to bikes, and it adjusts its measurements and onscreen animations to suit the selected sport. For instance, a barometric pressure sensor kicks in to gauge elevation in hang gliding, and a compass logs precise snowboard orientation. ShadowBox $500; shadowboxlive.com

The U.S. bobsledding team is using a version of the Ripxx to train for next month’s Olympics. The consumer model, worn on the body, focuses on more-traditional winter activities. It comes with detailed maps of popular ski and snowboard resorts, so when wearers download data from a run, it draws their avatar into an exact replica of a trail, letting them pinpoint with unprecedented accuracy why a jump failed or succeeded. Ripxx $330; ripxx.com