Night vision, you say? The Nikon D3S, which the company unmasked today, is a pro-level D-SLR built around an entirely... 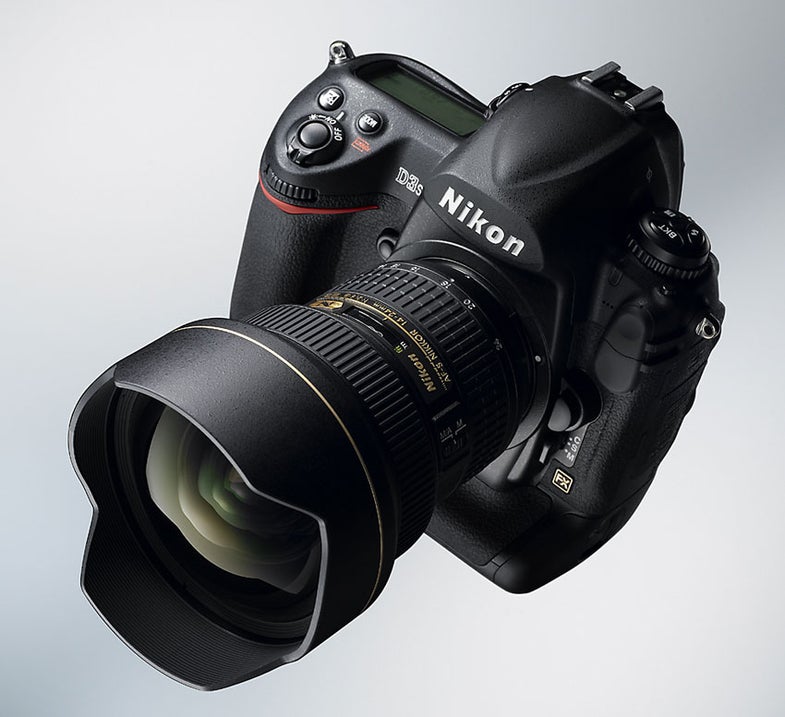 Night vision, you say? The Nikon D3S, which the company unmasked today, is a pro-level D-SLR built around an entirely new 12-megapixel CMOS sensor that allegedly works well past twilight.

The D3S’s sensor has expanded ISO sensitivity up to 102,400 (that’s quadruple that of its older sibling, the Nikon D3), which means seriously low-light shooting. In fact, Nikon claims ISO 102.4K can pick up details you’d miss with the naked eye. (Too bad it can’t see through walls, though.)

We saw a couple sample shots of a night baseball game taken all the way up to ISO 102,400. As the ISO increased (starting at ISO 200 and working up to the staggering 102.4K), the image got understandably noisier and the pitcher began to look more and more zombie-like, though still clear and identifiable–right down to the lettering on his jersey.

These super-high ISOs also work in movie mode, which sadly tops out at 720p (looks like Canon‘s winning the high-def video battle). But, since the D3S captures video as motion JPEGs, photogs can more easily extract single frames from their video on the fly (albeit at low resolution), back through clips frame-by-frame, and edit down footage on the camera’s 3-inch LCD. The D3S’s exposure settings are also adjustable while shooting.

For added stealthy-ness, the D3S also has a “quiet shutter” mode, though we’ll leave such sneaky applications up to your imagination.