Take a Kindle, and put a multitouch screen where the keyboard and navigation buttons go, and you've got the Barnes & Noble e-reader. 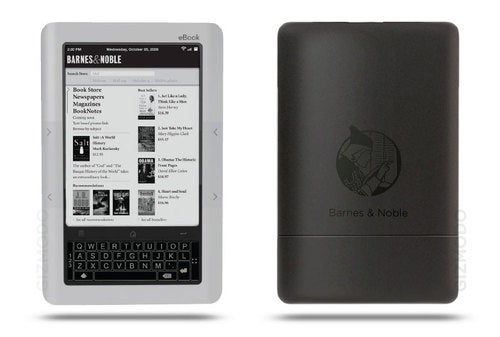 We’re still a week away from Barnes & Noble’s big e-reader announcement, but we’ve know they’ve had something cooking for a while now. And today, our pals at Gizmodo hit the mother load: leaked shots of a forthcoming dual-screen device that is three-quarters e-ink and one-quarter (wait for it) color multitouch.

The most intriguing thing, of course, is the multitouch panel on the lower 25 percent of the screen. From the photos, it looks to me like all it does is replace hardware controls, like a physical keyboard and menu navigation. It does, however, cause an eyebrow raise (or two). First: Will those menus be akin to a pre-App-Store iPhone with just a few pre-installed apps, or will B&N release a development kit for outsiders to create their own e-book widgets and mini-apps? Second: Won’t all that color and fancy menu deliciousness murder battery life?

Other than that, details are scarce. But there are some pretty strong assumptions to be made. For example, at this point in the e-reader game, it’d be foolish to not have 3G connectivity, so it feels safe to assume B&N is wise to that and has something in the works. As far as supported formats, the reader won’t be a Kindle-like closed platform and have a library filled by many publishers in addition to Google Books.

Looks like we’ll be waiting ’til the 20th for a name, price and release date. We’ll keep ya posted… 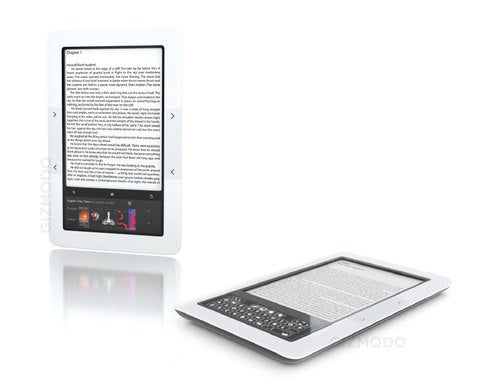