Thank Japan for sushi, Kobe beef, karaoke and the goods from the annual CEATEC showcase. 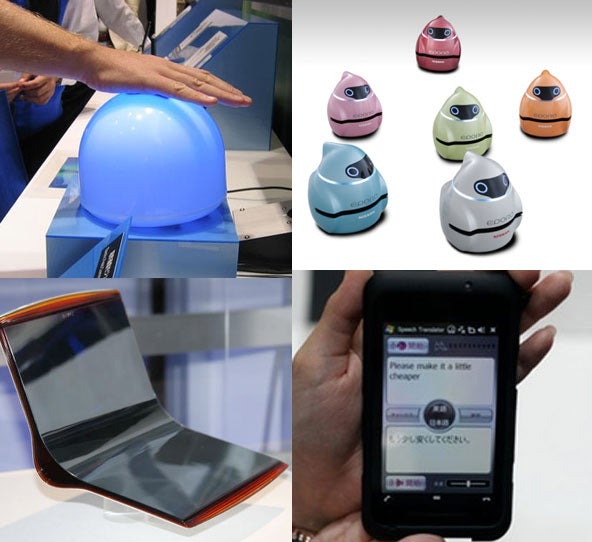 It’s not all about singing robots in Tokyo this year. The annual CEATEC tech expo is loaded with the makings of your gadget-geek future.

Most of the more drool-worthy goodies are, of course, only in the prototype or demo stages right now. (Just like IFA before it, it’s just a big ol’ tease.) For now think of them as a far eastern crystal ball to what we can look forward to at CES come January when us Yanks get to have some fun.

From a Star Trek translator app to the thinnest laptop screen we’ve ever seen, here is the tech to watch coming out of CEATEC. 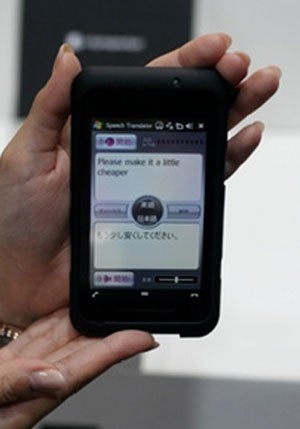 One step closer to a Star Trek universal translator, Toshiba’s new app (running on Windows Mobile, of all things) comes in pretty handy if, say, you’re on a convention center floor on the other side of the world. Demoed here, the software instantly translates from spoken Japanese into English and back again. 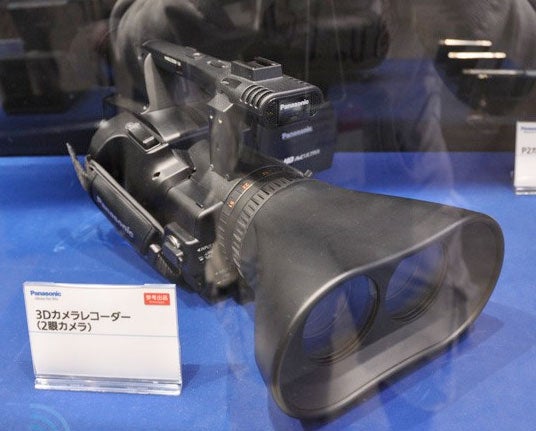 The twin lenses on Panasonic’s high-def camcorder allow for shooting in full 1080p 3D, something we can all gawk at when Jim Cameron’s Avatar comes out later this year. Any details as to when you can buy a consumer-grade one are still as much at arms’ length as this prototype on the show floor. 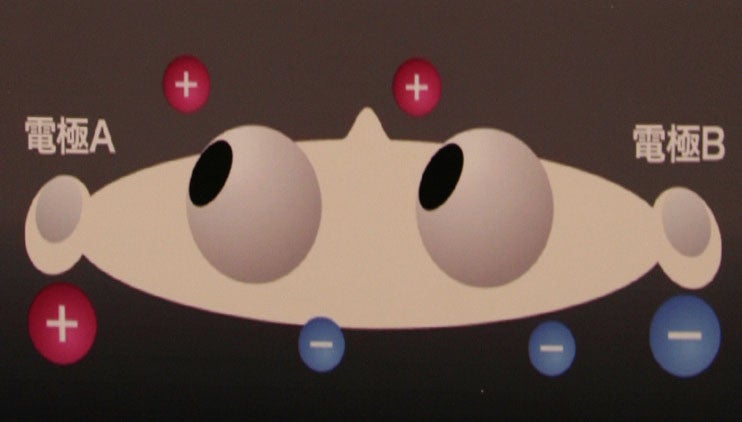 Granted if your eyes tend to dart back and forth, toggling through your MP3s with a right- or left-ward shift of your eye might get a little aggravating. But still, this concept from DoCoMo is pretty cool; electrodes in a pair of headphones read tiny electrical charges that are sent when your eyes move. 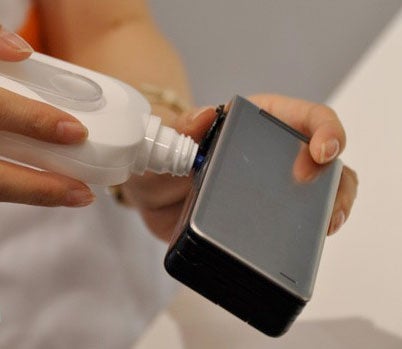 A KDDI prototype on the show floor is a standard clamshell cell phone modified to replace its lithium ion battery pack with a direct methanol fuel cell. The phone in question, a Toshiba T002, was juiced up and successfully powered up on Tuesday. This particular model, however, still has a small lithium polymer battery to help cope with power spikes that occur when the phone shifts from standby to sending or receiving a call. 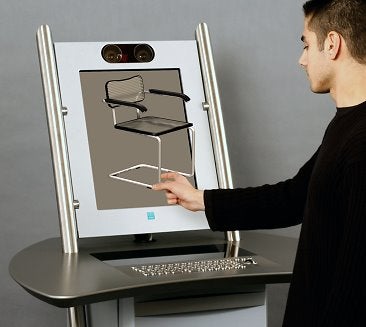 Much like the Fujifilm W1 3D camera, Fraunhofer’s system allows 3D viewing without glasses. Like the Fuji, their display nests two images together (one for your left eye and one for your right) so that when you’re standing in the sweet spot in front of the display the image appears to pop. Fraunhofer’s system also allows you to move the image by waving your hands — something pulled off with motion-capturing cameras. 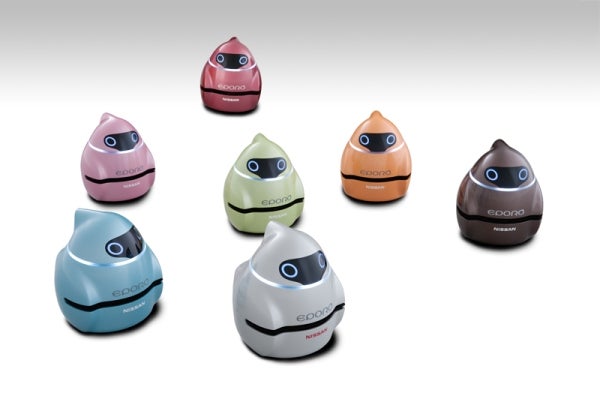 This year’s update to Nissan’s crash-avoiding robot acts like a fish — better yet, a school of fish. The ‘bots move as a group and avoid collisions by communicating with the rest of the flock using laser range finders and wideband radio. Like fish, they stick close together (especially when navigating tight corners) and adjust their formation accordingly. 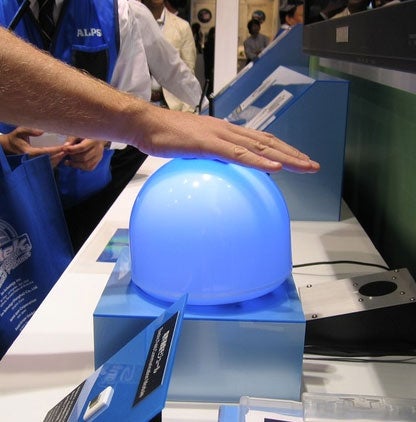 Turn your arm into an always-there transfer cable — no, really. ALPS, the company that brought you the touchpad, is now using electrical field technology to use the human body as a conduit to send information from one device to another. In this demo, touching a mobile device and a sensor sends an image through the body and onto a monitor. 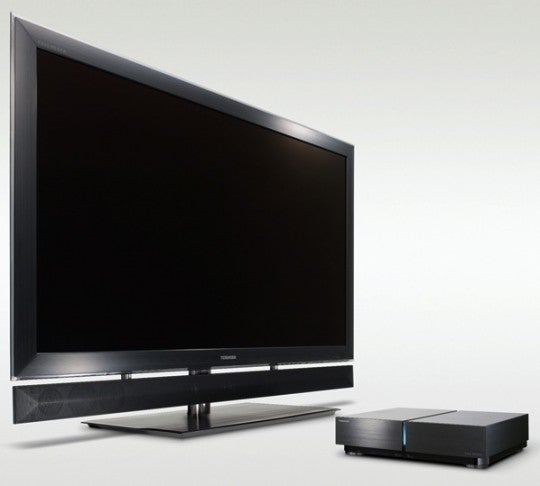 Eight channels, one screen. That’s the gift of the Toshiba CELL REGZA 55X1. The 55-incher is the first TV to be able to tune and record up to 8 stations simultaneously; whether or not your brain can keep track of eight football games at once, is another issue entirely. 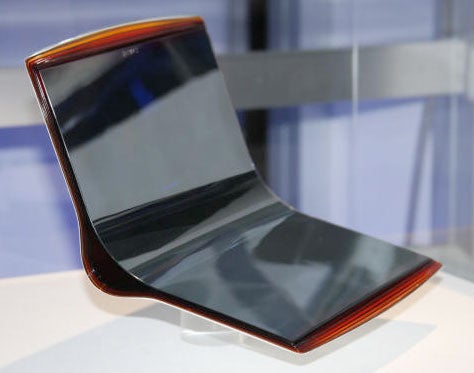 We’ve seen ’em before, and now we’re seeing them again, but that doesn’t make Sony’s OLED mockups any less enticing. The company is showcasing prototype models of VAIO notebooks, Walkmen, and Readers. Not a one of them, though, is powered up, which is disappointing. But we’re still hopeful this will lead the way to cool concepts like the roll-up laptop coming to life.
Corinne Iozzio