Preference for Boys Seen Among Asian-Americans 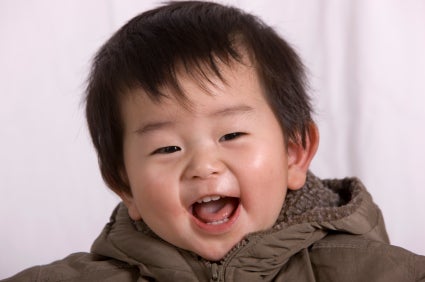 In many Asian countries, the cultural preference for boys is resulting in lopsided sex ratios. To those who assume there’s no prenatal sex discrimination in the United States, think again. The first published analysis of its kind, which appears in the latest issue of the Proceedings of the National Academy of Sciences, reveals that some—but not most—Asian families in America are choosing to have a son after one or more daughters.

Interestingly, the imbalance seems to be a growing trend here. The researchers found that sex ratios among Asians the 1990 U.S. Census were much more equivalent. I asked the study authors, Lena Edlund and Douglas Almond of Columbia University, why. Their e-mail response:

_We don’t know. Part may be compositional given substantial immigration during the 1990s (i.e. populations are different). This also provides more statistical power to detect effect in the 2000 Census (the sample is larger).

Also, prenatal ultrasound was not usually done in the 1980s, but became the norm during the 1990s. And between 1989 and 1999, ultrasound use among the Asian groups considered rose faster than it did for whites (as indicated by NCHS natality micro-data).

Moreover, the availability and quality of prenatal sex determination may have improved. The imaging may be better and there are clinics actively advertising their services. (One website we’ve seen claims to be able to do it reliably already at the 12th week.)_

The researchers conceded that it’s hard to predict where this trend will go in the future. Their new data may be implemented by health care practitioners to help curb the practice. And subsequent generations of the sampled families in the 2000 Census will likely show less proclivity for boys as assimilation dampens cultural preferences.

The trend is not, however, swaying the overall ratio of men to women in the United States—the population of Indians, Chinese, and Koreans is simply too small ( 2 percent) to be a significant factor.