The Future Arrives By Sedan

The 2016 BMW 7 Series is packed with cutting-edge technology 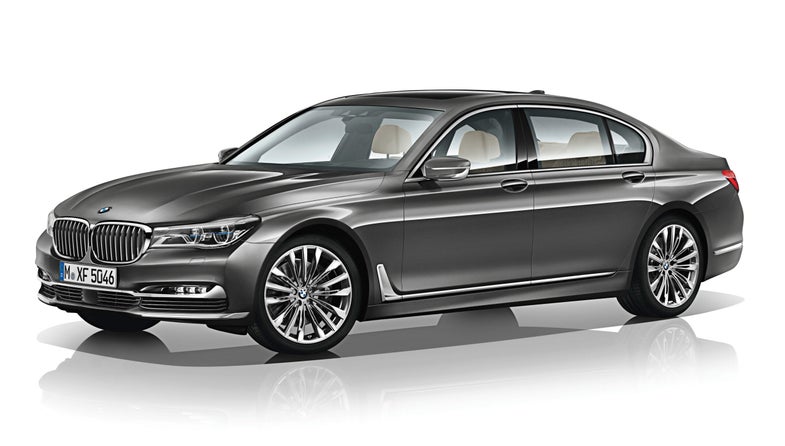 When the BMW i8 rolled off dealer lots this past year, the few gearheads who could afford one (sticker price: $136,500) were awed: Zero to 60 in 4.2 seconds, a carbon-fiber body, and a slate of futuristic features, including a no-blind-spot panoramic view of the road, made this three-cylinder hybrid a list-topper in several categories.

Now BMW is pouring the i8’s feature set into its more classic and affordable models. The 2016 7-Series is the first. Its carbon-fiber body gives it similar athleticism to the i8—a huge benefit for a wide, but spacious, four-door sedan.

The 7-Series also packs in a few innovations of its own. It’s the first car in the world to offer gesture control, allowing drivers to direct the infotainment system like a symphony conductor. A camera in the dashboard uses 3-D sensors to watch the driver’s hand movements. With various midair swipes and swoops, drivers can adjust stereo volume, answer phone calls, or activate navigation to preset destinations.

“Gesture control allows you to direct the infotainment system like a symphony.”

The interior is made of carbon-fiber reinforced plastic to make the car lighter and stiffer. This improves the car’s handling and reduces its total weight by 190 pounds, which increases fuel economy. The plug-in hybrid model goes even further with a 2-liter gasoline engine, and an electric motor in the transmission. In electric driving mode, the 7-Series has a 23-mile range and a top speed of 75 miles per hour.

To boost interior atmospherics, BMW etched hundreds of tiny dots in the panoramic moon roof, all lit by a perimeter of LED lights. The result: a calming field of stars floating overhead, even on the cloudiest of nights. The whole car will leave many similarly star-struck.

This article was originally published in the September 2015 issue of Popular Science, under the title “The Future Arrives By Sedan.”