From The Archives: A Red Planet To Call Home 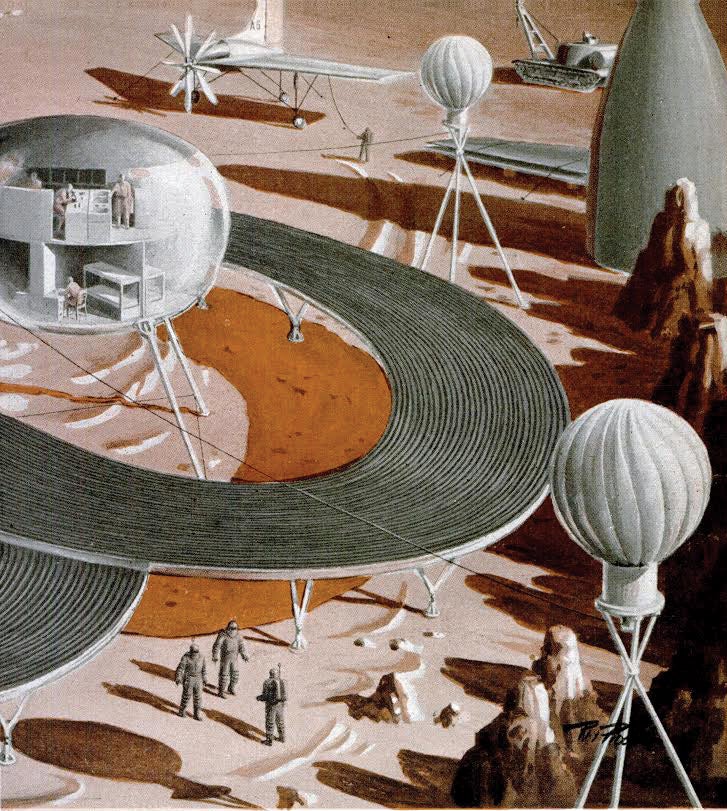 In 1953, people had yet to see a close-up image of Mars. But that didn’t dim the prospect of one day living there. In March of that year, Popular Science featured a plan—developed by a graduate student with the input of government scientists—outlining how 33 earthlings might one day live on the Red Planet. Their spaceship would serve as the base’s hub. A heart-shaped ring of solar panels would warm the living quarters, and wind generators would provide power. And alien invaders? There was a plan for them too. Decontaminating mist would kill any Martian germs clinging to the crew’s space suits as they entered the base.

To bring their vision to the big screen, the producers of The Martian, a film to be released in theaters October 2, consulted government scientists about how humans might live on the Red Planet in the future. Director Ridley Scott talked to us talked to us about exploring Mars–in science fiction and real life.

8: Length of time, in months, it would take humans to travel to Mars today