From Aphids to Varroa Mites, “Awesome ‘Possum” promises to be a veritable science comic encyclopedia

Vol. 3 of the hit comic anthology is now on Kickstarter 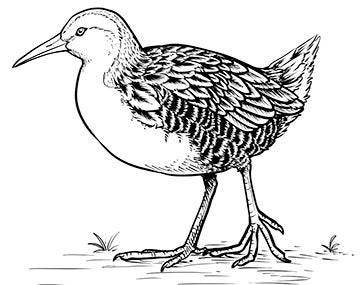 When I was growing up, my father had an immense collection of science books and periodicals. I remember going into the basement to read countless back issues of National Geographic or the colorful Time Life Science Library. It was a formative aspect in my road to becoming a science cartoonist. Imagine if all those books had been comics.

Running now on Kickstarter, is a campaign to fund the third volume of Awesome ‘Possum, a natural science comic anthology exploring nature. Through comics, the creators travel all over the world, bringing to your living room everything from the depths of the ocean to extinct species to the resurrection powers of frogs.

Since then, the yearly anthology has quadrupled in size, and now boasts over 350 pages of beautiful black and white comics by 45 different contributors.

Among them is Ethan Kocak, creator of the webcomic, Black Mudpuppy, a Boxplot favorite which mixes herpetology and ancient central american mythology. For Awesome ‘Possum Vol 3, he drew a history of the aquarium, or the “aquatic vivarium” as it was once known.

You can view the full list of contributors, learn more about the anthology, and get your own copy on the project’s Kickstarter page.

There is also a Tumblr blog set up with illustrations from the book and interviews with its contributors.