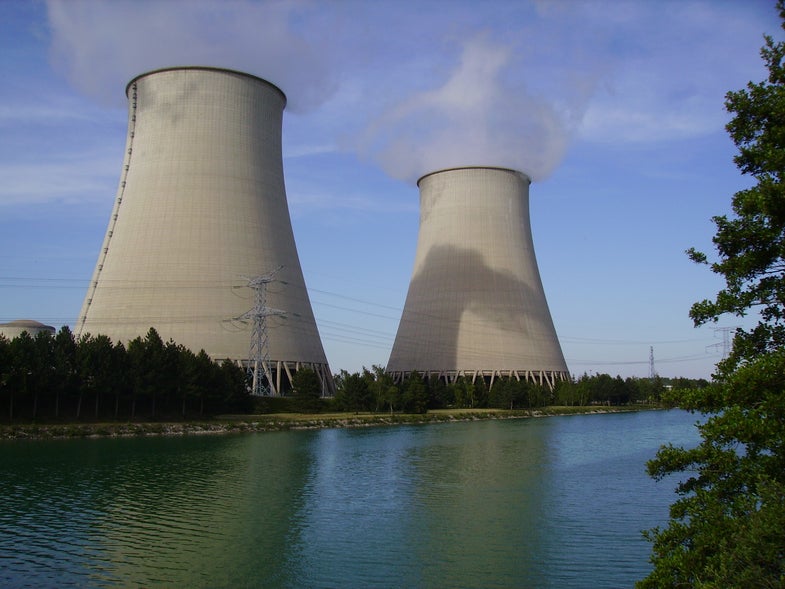 France has a drone problem. Someone keeps flying the remote-controlled devices over French nuclear reactors, which continued even after the country arrested some drone enthusiasts. So far 13 of the country’s 19 facilities have been buzzed. Looking for a way to stop quadcopters messing with, you know, nuclear reactors, France is testing out the only answer that makes sense: Bigger, badder drones. (Although secretly we wish they’d use birds.)

Spotted by the Associated Press, this net-carrying drone is not the Rapere interceptor, a concept anti-drone quadcopter announced last month. The Rapere hunted drones with cameras and attacked them by tangling their rotors in wire. This drone, photographed by Francois Mori, is instead an Interceptor MP200, made by French firm Malou Tech.

In a segment shown on French television, Malou Tech pilot Philippe Dardini uses the Interceptor to catch a DJI Phantom piloted by Philippe Dubus, the company’s CEO. The interceptor is a much larger and faster drone, with six rotors, and the net it carries looks thick and heavy.

Sure, the interceptor can catch a drone in the air, but there’s still a long way to go from this demonstration to actually catching one that’s spying on a nuclear reactor facility. If the interceptor doesn’t work, Malou Tech has another way to knock drones out of the sky: just careen a kamikaze drone into them.

You can see the company’s earlier demonstration video here, or watch the drone-busting moment from French TV over and over again, below.