You would hardly forget about electric Christmas lights today, but once upon a time, the idea would have been new to many Americans. Check out this 1916 newspaper ad that the New York Edison Company published, reminding readers that electricity exists and, hey, you can buy Christmas presents that use electricity. Consider an electric toaster, curling iron, or “tea in the modern way.” Note that “Shaving Made Easy” doesn’t refer to an electric razor. It just means you can heat water and light a washstand with electricity—which probably is easier than shaving by candlelight.

As quaint as these appliances seem today, they were the high-tech gadgets of the era. Although Thomas Edison flipped the switch on the U.S.’s first power plant in 1882, electricity wouldn’t reach half of U.S. homes until 1925. In rural America, only one in 10 homes had electricity before President Franklin D. Roosevelt’s rural electrification project kicked off in 1935.

[Hat tip to the U.S. Library of Congress] 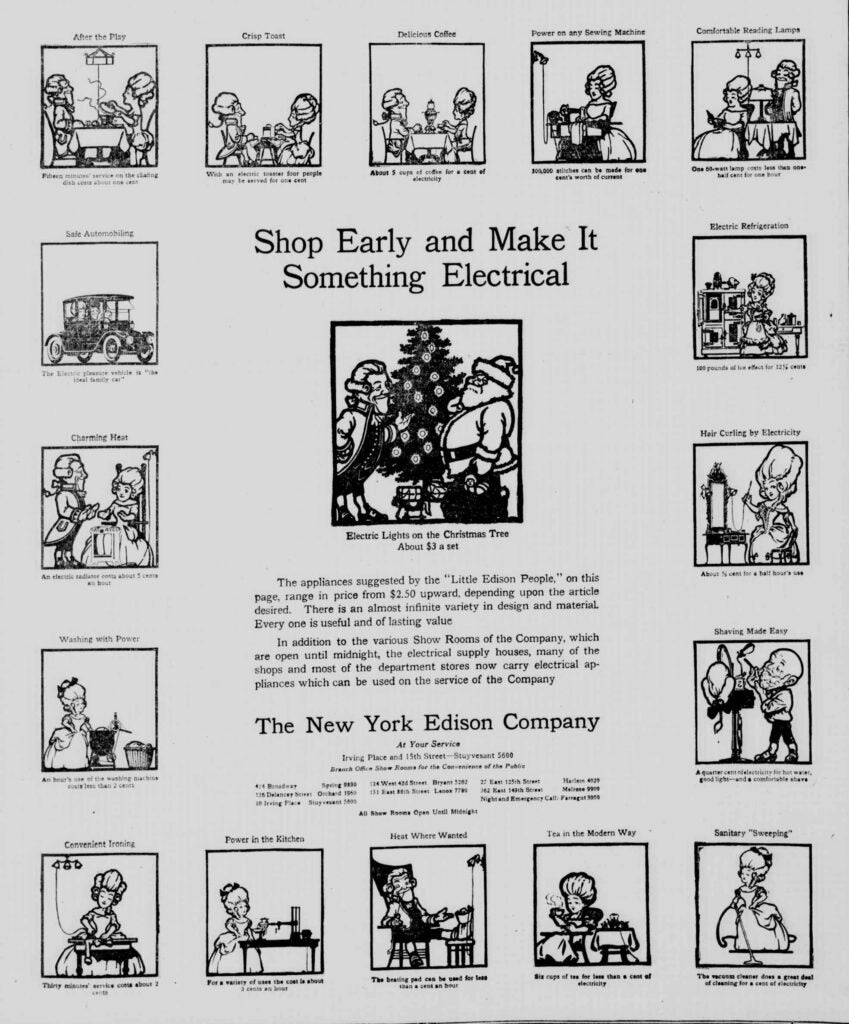